My Achilles has always been wanting to be liked.

Even hardened criminals. Even Dance Moms and Real Housewives. Even Charlie Sheen.

Approval and admiration are my serotonin highs. Or they were until a voice from the past came back into my life last night.

When I walked into the hospital room, David was in traction. His face was covered in dried and drying blood. I could smell it, which made me recoil.

He and a friend had been driving to the river at night and they both fell asleep. The car rolled five times. They both survived, but David would be in the hospital for months.

But after flirting for a few weeks my crush faded.

I couldn’t put a finger on exactly why. There just seemed to be an imbalance of power between us.

I sensed that I held all of it in just one hand and that wasn’t tantalizing, dangerous, exciting enough for me at 17.

I’d just begun to back away from our courtship quietly, in the hopes he wouldn’t notice, in search of more challenging quarry, when the accident occurred.

As I sat by the broken boy’s hospital bed, trying not to flinch away from the constellation of scars on his lips, cheeks and forehead, I knew it would look bad if I slipped away now; both from the hospital and from his life.

But after a respectful interim at his bedside, I did it anyway.

I can only describe the relief I felt after I left his hospital room — darting past the nurse’s station, down hallways that smelled of antiseptic and festering wounds, back out into the high-desert hot-summer day — like a prison break.

I felt guilty. Shallow. Cruel. But I could also breathe again. 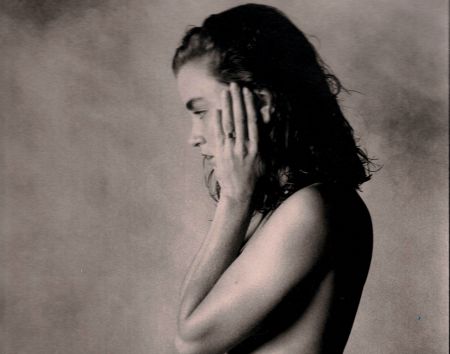 For the next ten years, I turned my attention to macho, wild boys who ran away from me as fast as they could.

But not without taking a bite or two first; leaving me with a constellation of scars on my heart.

I was a girl just as broken as that handsome boy in traction.

I never spoke to David again. Until he found me on Facebook last night.

It wasn’t until he jogged my memory, that the last time he saw me was at San Antonio hospital where, coincidentally, I’d been born.

“I guess, after the accident,” he said, “I just wasn’t pretty enough for you anymore.”

It bothered me that all these years later, David thought about me in a certain way. Guilty. Shallow. Maybe even Cruel?

I wanted to defend my 17-year old self. To tell him that it wasn’t the accident that made me run, but the fact that, back then, I was looking for adventure, passion, the cover of a Harlequin Romance, not someone kind and steady, like him.

Instead, I just said I was sorry.

That I was immature back then, and had hopefully grown into a more thoughtful person over the years.

I shut down my computer, knowing David still had the same story about me in his head.

I understood that he’d never know the unique triggers that made me flee from the responsibility of caring for a broken boy. And that he didn’t and doesn’t like me.

I sat with that for some time and was surprised to discover that it’s okay. I can live with it.

I feel sober from my addiction to needing everyone to like me.

I realize I have no control over how other people define me. And I have a lot of compassion for the girl in the hospital room who had so much of her own healing to do.