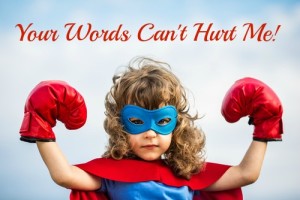 It’s a must-read for women of all ages. Fierce. Powerful.

Who knew that the path to sexual enlightenment could happen driving north on Interstate 35, past Iowa cornfields, on the way to a country music concert you didn’t really want to see?

It did for me. It was a few years ago, and I was with my best friend from high school, her younger sister, and two of their friends I had met that night.

We were exchanging personal facts and stories, trying to get to know each other, when my best friend’s sister yelled out, “Kelly was a slut in high school!”

My first reaction to her contribution to the “get to know you, I mean really get to know you” game was to kick her in her vagina.

My second reaction was to yell out, “No, I wasn’t!”

They’d been playing quietly outside when they ran into the house, the girl yelling, “No, I’m not,” her brother retorting, “Yes, you are.” I asked them what they were arguing about.

“Do you know what that word means?” I asked her. She looked up at me, her pouty bottom lip flapping in and out of her mouth, her eyes red-rimmed and glossy with tears.

Back in the car heading north on I-35, I sat sucker-punched.

I hadn’t been called that name since high school, and just like then, I had no idea how to react.

While I tried to keep my twitching leg and foot from connecting violently with my taunter’s crotch, I realized I didn’t know what she meant.

I only knew this was coming from a woman who had married her high school sweetheart and only sexual partner.

(Unless you count the bedpost that took her virginity during a sneak attack of hide and seek when we were in junior high … but that’s another story).

Granted, I had made out with her hot older brother on occasion when sleeping over at their house.

And granted, I had slept with more people than her pitiful single digit (not counting Mr. Bedpost). But I wasn’t sure how much she knew about either of those.

Throughout high school, I was called that name:

1) While I was still a virgin,

2) Once I actually had sex for the first time (with a guy no one knew, because he was from a different school, in a different city)

3) When I was sexually assaulted.

I was as clueless as that five-year-old virgin-denier I’d babysat years before.

Later I figured out what my classmates were actually saying when they flung that name at me:

• You dated senior guys when you were a sophomore, and they all said you slept with them [even though I never slept with any of them].

• I’m a jealous senior girl who the senior guys never even looked at.

• You screwed a guy who had a girlfriend, then cried rape to cover it up.

• You French kissed a boy when you were THIRTEEN … and I’m still waiting for my first kiss at eighteen.

• Your mom subscribes to Playgirl.

The seniors got out a week early, but I was on the yearbook staff and had to go back to school every day to put the finishing touches on the pages.

The last day he was there, he grabbed my arm as I headed up the stairs.

He pulled me to his sweaty, forty-year-old, bald-headed body and said, “You’re so beautiful. I just can’t help myself.”

I wrenched my arm away from him, ran up the stairs and into my room, and slammed my lock-free, hollow-core door.

I threw on my clothes, snuck down the hall, and peeked around the corner—he was perched on his ladder, wallpapering like nothing had happened.

As I ran through the kitchen and out the back door, I heard him yelling, “Wait! I’m sorry!”

When I got to school, I called my mom at work and told her what had happened.

Later that night I heard my dad on the phone yelling: “And there’s no fucking way I’m paying you! You either drop it or I’m gonna call the cops, you son of a bitch!”

After he slammed the phone down, I heard him say to my mom, “That asshole actually had the balls to say, ‘There was more going on here than you know.’”

My mind galloped back to what I’d done to give this creep, who was old enough to be my dad, the idea that anything was “going on.”

Yes, I’d said hi to him when he arrived every day and goodbye when I left for school.

Yes, I’d asked him if he wanted some water because it was hot in our house … and I may have even smiled when I asked him.

Yes, after taking a shower, I had been naked under my calf-length, white bathrobe, which was fully closed and cinched tight around my waist.

Yes, I had kindly said, “Excuse me” each time I navigated around him and his ladder on my way downstairs and back up again.

Yes, I was eighteen and pretty and so fucking naïve.

I had all of these outside forces throwing the label at me like a used condom, but I was also stuck with all the ways I had internalized the word.

You know, the typical “I didn’t get enough attention from the first man in my life, so I had to seek it out from other men.”

Then I’d have moments of scientific clarity and detachment.

I’d remind myself that we’re biologically programmed to enjoy sex so the human race doesn’t go the way of the dinosaurs (sans the giant asteroid).

I had simply been doing my part to ensure the survival of the fittest, albeit while using birth control.

No matter where I landed on the slutty-identification continuum, I could always count on other people, or myself, to make me feel guilty and ashamed over liking it “too much” or having it with “too many” people.

I realized that we all come to our subjective understanding of “pretty” or “ugly” or “nice” or “mean” based on where and when we were born, and into what kind of family.

It means turning it over in your hands, and examining and marveling at how it changes given the moment, its movement, and your memories.

Like any prized possession, it means treasuring it, holding it in a place of honor and pride, and taking it out and sharing it whenever you feel like, with whomever you choose, and in whatever fucking way you want. 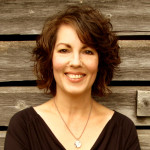 Kelly Roberts received a BA in English from the University of Iowa.

After years of writing creative nonfiction, she’s decided to give fiction a go.

Kelly lives in Iowa with her adoring husband, clever daughter and rescued wire fox terrier. By day she works in Human Resources, which provides her with more writing material than she could ever hope for.

Cooking, reading and popping bubble wrap—one bubble, one row at a time—are her passions.