Finally YSL’s Image of a Underweight Model Banned by the ASA.

I was astonished and felt vindicated by an article in the DailyMail Online reporting that the Advertising Standard Authority has banned an ad by YSL they deemed “irresponsible.” 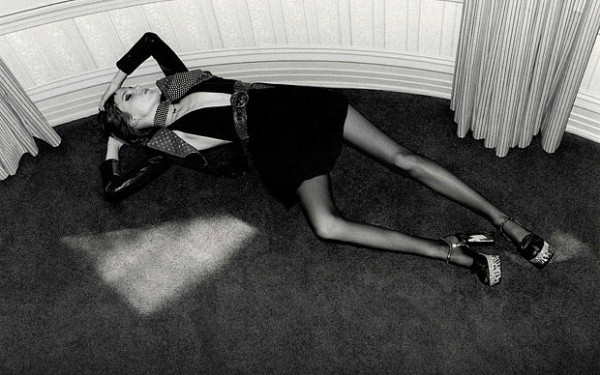 Please tell me you do not consider this model to be dangerously thin??

The reason I personally feel vindicated is because on February 7th of 2014 I started a petition on Change.Org asking CEO Francesca Bellettini at Yves Saint Laurent to stop using images of painfully thin women in their ads; and the backlash I received really shook me up and made me question whether or not I was wrong.

Here’s the article I wrote, asking my readers to support my petition and some of the backlash that followed in my comment section:

It is disgusting that you assume this woman is perhaps, “dangerously close to death” or needs to eat a sandwich. Would you post anything about her or her body image if she was 50 lbs. over-weight? I doubt it, and if you did, you’d have more than 18 comments, I am sure. And not happy ones.

I am thin. Very thin. I eat, I am an RN and I can assure you I am healthy. I am just lucky enough to have good genes and an even better metabolism and I am sick to death of people telling me to eat something, or commenting on my weight. I’d never say anything to anyone, skinny or fat. It doesn’t make it right because I am thin that people comment.

How about we leave everyone’s weight alone and look at the whole picture.

You are rude and pretentious and probably way off base about how sick she may be. Try commenting on an over-weight model and say how she’s one cheeseburger away from a heart attack. See how that goes.

Do you have any idea how offensive and harsh your words in this letter are toward thin women???? If you think you are standing up for women of all shapes and sizes you are very mistaken.

You have just told thin women and girls everywhere that they are disgusting to look at and imply that we must all be anorexic if we look this way. I am old enough now to love my thin body but as a teen it was extremely difficult to accept my self and the way I looked.

I guarantee you that you have absolutely crushed the self-image of thousands of girls and women out there who are naturally thin. And every person who is signing your petition is reinforcing this. I understand what your intentions were in writing this letter but you have sorely missed the mark. You have demonized one type of woman in an attempt to make another type feel better. That is NOT beneficial to anyone.

I urge you to re-think and re-phrase your letter to more accurately describe the point you were trying to make. Because you have failed. Miserably. If 15-year-old me had read your words I would have been in tears. 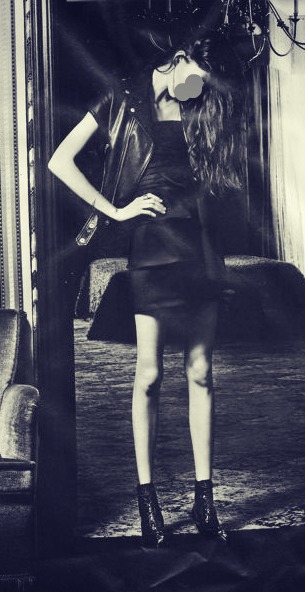 This is the YSL ad image that I took offense to.

More articles that support my view:

“(The ASA) called (the ad) ‘irresponsible’ and criticized its promotion of ‘anorexia chic’:

“The ASA considered that the model’s pose and the particular lighting effect in the ad drew particular focus to the model’s chest, where her rib cage was visible and appeared prominent, and to her legs, where her thighs and knees appeared a similar width, and which looked very thin, particularly in light of her positioning and the contrast between the narrowness of her legs and her platform shoes.

“‘We therefore considered that the model appeared unhealthily underweight in the image and concluded that the ad was irresponsible.’”

What do you think? Was the ASA right? And please SHARE WITH THREE FRIENDS who feel the same way.

2 thoughts on “Finally YSL’s Image of a Underweight Model Banned by the ASA.”