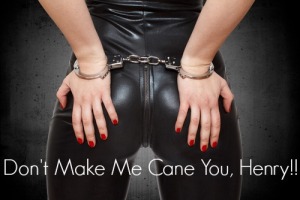 One of my favorite bloggers, Michelle Combs, posits this question:

What is a Feminist?

But I prefer to align myself with Ms. Combs who writes:

“I love men. I have sons and I personally think they are some of the greatest humans to have ever been born in all the history that ever was and all there ever will be.

“Are there feminists who hate men? I’m sure there are.

“There are also hair dressers and surgeons and teachers and engineers and driving instructors and accountants who hate men.

“The way those people feel has no bearing on what feminism means.

“I watched a TED talk a couple months ago. I don’t remember the woman’s name, but I do remember what she talked about.

“Heart disease. Heart disease is the leading cause of death for women. It wasn’t until the 1990s that clinical tests were required to include women when testing medical solutions.

“Men Are From Mars and Women Are From Venus and apparently, Martians and Venusians require DIFFERENT TREATMENT FOR HEART DISEASE.

“We women can tell stories all goddamn day long about how we’ve been mistreated. I could tell you one from today.

“But I don’t know how much telling those stories will mean until we can get a goddamn grip on the word feminist.

“I can speak out when I hear someone demonizing the word feminism, but it’s going to take bigger voices than mine to make a difference.

“The Bloggess just posted about the #WomenAgainstFeminism hashtag. It’s a wonderful, thoughtful post that includes Sharknado and Bees.

“It should be required reading.

“I didn’t really know too much about the whole ‘woman against feminism’ thing other than seeing a few pictures of young women holding cards that said stuff on them that have nothing to do with feminism.

“Then I went on twitter and started reading the #WomenAgainstFeminism hashtag.

“Please hold off answering for a moment. I didn’t just read the tweets. I tweeted that hashtag, more than once.

“Okay, now answer … am I a masochist? Because, I obviously wanted to get annoyed.

“Apparently, there is a mug that has ‘Male Tears’ written on it and some t-shirts that tout misandry.

“The few people who took me to task over suggesting feminism has been demonized and that it’s just basically about gender equality, lost their shit over the coffee mugs.

“It’s NOT just about gender equality. WE HAVE MUGS! We PROUDLY WEAR OUR MISANDRY T-SHIRTS!

“I had seen neither until a few moments ago when I looked them up.

“Remember those boys I talked about? I would hate for them to be discounted or abused or treated unfairly just because they have a penis.

“I don’t have a male tears mug but if I did, I would use it to threaten my husband and my sons and tell them that I would torture them until my mug was filled with actual male tears.

“They would laugh at me and I’d put my mug away. Probably between my ‘World’s Best Boss’ mug and the mug that says ‘Someone went to Gatlinburg and all I got was this mug.’

“They are just mugs. Something you drink out of.

“Wonder where they are made? Like do the manufacturer of these mugs and t-shirts pay both genders equally?

“Because that is pretty much all the matters when it comes to the mugs and the t-shirts.

“Women wearing or using these items are not taking anything away from men.

“Remember when having a van was the best thing ever? And it wasn’t complete without the ‘Grass, Gas or Ass – nobody rides for free’ bumper sticker.

“I was going to, at this point, start researching the misogynistic slogans I’ve been reading for decades and decided that I’d rather just sleep tonight.

“Maybe I’m not a masochist after all.

“Let’s not be afraid of calling ourselves feminists. I know there is a backlash and people seem to be backing away from the word, but let’s try to combat that, shall we? 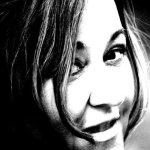 Michelle Poston Combs is a blogger who lives in the Midwest with her husband and her youngest son. She is at the precipice of learning to live with an empty nest which she finds both terrifying and exhilarating.

Her blog, Rubber Shoes In Hell, is where she writes about topics ranging from awkward conversations with strangers to learning how to overcome being an adult child of a narcissist.

She programs computers to pay the bills and counters this soul sucking endeavor by writing her observations on life, menopause, anxiety and whether or not she is truly on her way to losing her mind.