Do You Press-Gang Your Kids? 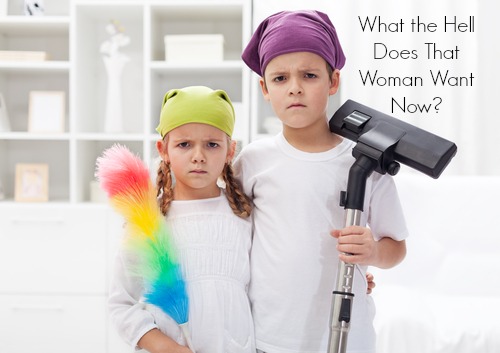 I think we all realize the only reason we have children is so they’ll vacuum our vacuum with a dust buster after making us a five course meal and doing all the dishes.

She’s an expert at catching her unsuspecting children unawares and turning them into slave labor. She writes:

My six year-old rolls around the carpet of my floor while I try to squeeze in my half hour on the elliptical and try to finish up an episode of Masters of Sex; which is now on pause because of the rolling child who is supposed to be out front with my husband and his brothers doing yard work.

“What’s the matter?” I ask, each word a small puff of exertion.

His head is somehow underneath his behind and he mutters something I can’t make out.

“I don’t understand what you’re saying when you’re upside down and talking to your butt.”

I wait for the ridiculous to work itself out so I can find out the actual problem and get back to my show. Finally, he sits up and the frustration bursts out in a gush, “I wanted to rake, but daddy said I can’t and he let everyone else!”

Apparently, it is serious.

“Did you ask Daddy if you could rake too?” I ask.

There must be more to the story but I work with what I’ve got, “Well, maybe there aren’t enough rakes. Did you ask to take turns?”

There is no way he did this.

“He wants me to shovel,” He complains. “I don’t want to shovel!”

“Shoveling is fun!” I say, “Why don’t you try for a little and then switch with one of your brothers.”

I’ve got about 12 minutes more on this machine and I have exhausted my diplomacy skills.

I can see that without physically going outside, my child will continue whining and waiting for my help. That’s when I stop trying to solve his problem and focus on a few of my own.

“Well, I know you haven’t brushed your teeth yet. Please go do that.”

He looks at me, horrified. That’s not why he came to see me. He wanted retribution, not a chore.

But that’s what I do to my children.

Sometimes it happens right at the beginning and sometimes it closes out the conversation, but ultimately I seem to turn every interaction into a nag.

Imagine you’re contently sitting on the chair watching your favorite episode of Austin and Alley?

I’ll interrupt, “Don’t you have homework to do?”

Maybe you just finished your lunch.

I’ll remind, “Don’t forget to put your dish in the sink.”

You innocently walk into the kitchen for a hug.

I’ll note afterwards, “Gee, looks like the recyclables haven’t been done for a while.”

You’re so excited that Daddy said you can watch a movie.

At least I’ve managed a few extra minutes on my elliptical, and my kid has clean teeth. Now get outta here. Don’t you have some work you should be doing? And comb your hair.

I’ve still got seven minutes. So what’s on your kids chore list? 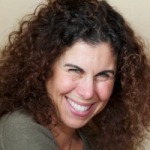 Alisa Schindler is a SAHM of three boys and wife to Mr. Baseball.

In between schlepping to the ball fields and burning cupcakes, she chronicles the sweet and bittersweet of life in the suburbs on her blog icescreammama.com.

She can also be seen in the upcoming anthology, “Motherhood, May Cause Drowsiness” among others, and has just completed a sexy women’s fiction novel that she would love you to read.

6 thoughts on “Do You Press-Gang Your Kids?”