The Death Of Sweetums

It hath come to pass that I am madeth aware, yet again, of a marital sex epiphany.

Henry will, from time to ignominious time, refer to me as, and I quote, “SWEETUMS.” This is what Sweetums looks like: 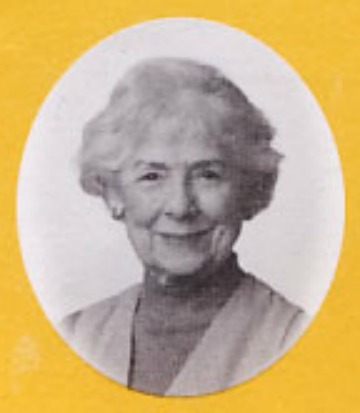 I’m parched just lookin’ at it!

“If you call me Sweetums again,” I said to Henry, as I drained the spaghetti in the kitchen sink, “or refer to Dinner as Supper like John Boy Walton with that huge mole on his face, we will never have sex again.”

What I realized, in that moment, is that domestic life is deeply unsexy.

By day, and now that our kids are older, much later into the night, we are asexual Disney parent-bots. We say things to them like, “Don’t forget to brush your choppers!” or, “You seem a little tye tye (tired),” or “Can I get some snuggle buggles over here?”

There is no better father than Henry.

When the girls kiss him goodnight he does a happy, little gnome dance, which literally sends me into early onset menopause.

The other night, Henry and I managed to get in bed together by 10 p.m. which meant we might actually be awake long enough to have sex.

But Sweetums and Supper danced like little cockblocking gnomes in my head.

I suppose it’s possible I’d whipped up a cockblocking souffle of my own; lifting up my shirt to reveal nude Spanx, flossing my teeth with the bathroom door open.

We lay there in the dark in our pajamas, sleep beckoning like the Sirens, hoping to crash our marital vessel upon the rocks.

It dawned on me that I understood why people have affairs. Couples become so inured in their domestic personas that they see one another quite differently than from BK – before kids.

Suddenly you’re calling each other Mother and Father and anyone outside of the domestic realm seems more sexy and appealing than your spouse.

Fortunately, Henry and I work from home so there’s scant temptation.

Still, it’s good to be aware of the fact that domesticity is doing it’s very best to kill the married couple’s sexual fire, aka fuego sexual in Spanish and feu sexuel in the language of Love.

To recognize that, no matter who you marry and raise children with, you’re going to see them in red long johns on Christmas morning because it’s a humorous nod to Santa and it won’t be hot.

The trick, I’m realizing, is learning to transition from parents to lovers.

Let’s call that transition the DMZ (De-maritalized Zone). Two things to do in the DMZ to bring sexy back:

1.  Talk about anything besides domestic issues.

The other night, Henry and I started talking about our favorite war books.

Mine is War by Sebastian Junger about his time embedded with troops in the Korengal Valley — and it’s not lost upon me that I’ve managed to get the word “bed” into the same sentence as Sebastian Junger.

Henry’s favorite war tome is, The Price of Glory, by Sir Alistair Home about Verdun in 1916.

This led to a conversation about literature.

I told him how startled I was to discover how funny the suicidal Sylvia Plath was when I read The Bell Jar, which caused Henry to recommend another brilliant female author, Shirley Jackson, who wrote macabre treatises on the evils in a small town.

And suddenly I remembered how irresistibly smart and curious Henry is.

2.  Re-establish a physical connection in a non-sexual way.

Often Henry and I jump into bed and it seems like we just get sex out of the way.

The other night, when we were in our sexual doldrums, we took off our clothes and just touched each other.

Under my fingers I felt evidence that Henry had been going to the gym, which piqued my interest like a bloodhound getting a whiff of the hare.

Then I felt the hair on his chest. I don’t get the man-waxing that’s all the rage these days. I love a hairy chest, especially one that’s been to the gym.

Then I breathed him in. He smelled like Sandalwood, one of my favorites scents; masculine and yummy.

It took one hour. One whole hour of talking and touching to forget Sweetums and Supper.

Sex wasn’t the goal, but it flowered naturally between us, and having taken the time to get into that head space and leave our parent personas behind, we no longer wanted to just get sex out of the way. We wanted to actually experience and enjoy it.

Marriage is work people. Strap on some boots and fight your way into the DMZ. It’s worth it.

If you liked this article you’re going to love Shannon’s book, “Married Sex: Fact & Fiction.” You can order it RIGHT HERE!

20 thoughts on “The Death Of Sweetums”