Celebrity Stalkers — BlogHer "Voice of the Year 2011" Honoree in the Humor Category!

The problem with being a mom in L.A. is that we’re celebrity magnets.

Stars — who spend their lives jetting to location on the Seychelles where they down copious amounts of Cristal Brut “Methuselah” and Magic Mushrooms while having meaningless (albeit it mind-blowing) sex with fellow ridiculously gorgeous celebrities after stripping off bespoke Armani shirts and five-inch Jimmy Choos — are miserable.

They’re desperate for something real. They wish their lives weren’t so shallowly glamorous. They wish every day could be the same over and over again like ours:

Shake resentful kids awake, ask them to brush their teeth 12 times, smell their breath to see if they brushed their teeth just once, make lunches you doubt they’ll eat, drop them at school where they’ll no longer let you hug them goodbye, go home, empty kitty litter box, unclog a toilet, stare at breasts in bathroom mirror and wonder when one decided to go east and the other west, make all the beds, find food-like substance in two of the beds, eat the food-like substance, go to Ralphs, Trader Joes, Smart-and-Final.

Wish you could go to Madame Woo’s Mystery Massage on Pico but they only cater to men, do a bunch of stuff you forget you did the second after you did it, pick the kids (who are grumpy because they didn’t eat lunch) up from school, shuttle them places where there’s stuff to do with musical instruments or some variety of ball, go home, nuke dinner, harangue about homework until the keening sound of your voice makes you want to perform a self-larengectomy, read crappy “Star Wars” books aloud, find Waldo, wrestle the kids to bed, go to your own bed where you’re too tired to have sex with your husband even if you were on Magic Mushrooms, sleep with a bite guard.

This is the powerful, character-building stuff that celebrities crave.

Case in point. Last week after rolling my kids out of the minivan at school I took refuge in the Urth Cafe on Beverly Drive. I was just about to enjoy a sugary, caffeinated drink derived from a chai-type bush, when I found myself put upon by Katie Holmes. I was forced to sit right next to her. It wasn’t my fault, there were no other open seats.

I struck an aloof demeanor.

Still, I could sense that Katie desperately wanted to speak to me. She was in the clutches of some frowzy woman who was probably a Scientology stooge ready to taze the starlet should she have any independent thought and Katie seemed desperately lonely. More than once she shifted closer to me in her seat … (or was maybe picking a wedgie out of her bum).

As I gazed upon her beautiful face I thought … how happy I am to be an anonymous nobody that no designer will ever try to force into one of their ostentatious creations. How happy I am to never be tempted by the likes of her former leading men – Timothy too-ruggedly-handsome Olyphant, steel-jawed Aaron Eckhart or that insipid Joshua Jackson with the dimples and swaggah.

Then, as if one needy celebrity weren’t enough, in walks Taylor Lautner. He sits at the table right in front of me with a fawning friend. He’s in my space.

He doesn’t seem to realize I’m Team Edward. Nor does he seem to realize I’m old enough to be his mother as evidenced by him swiveling around in his chair to let his eyes roam over my Westwood Charter Halloween Hoot t-shirt (or maybe to see where the bathrooms are).

I can’t seem to help overhearing his conversation with The Fawner. “So she broke up with him again last week…” Taylor says.  (Who? Kristen Stewart with Robert Pattinson? What does he see in the little mope anyway?)  “I mean, it’s just so high school…” (What? All the drama on the set of Breaking Dawn?)).  “And now she’ll do anything to get him back…” (Get pregnant? Take too many Percoset? Have a sixsome?).

I have an undeniable urge. “Excuse me,” I say to Taylor (also known to me as Tay-dawg) “Would you mind watching my computer while I pee?”

He feigns annoyance to hide the crush he has on me, a woman old enough to be his … slightly older babysitter. Even so, he watches my computer as though his life depended on it, not leaving until I try to speak to him again to give my thanks. Darting away, no doubt, to quell his passions.

I’ve found that no place is sacred to these celebrity stalkers.

I was accosted by Chris Rock’s wife while we were sitting with our babies under the rainbow parachute at Gymboree. She wanted advice on how to transition her baby from bottle to sippy. The nerve.

Then there was Michael Douglas nodding at me as our children played near each other at Cold Water Canyon Park. Couldn’t he respect my privacy? Was I supposed to nod back?

And don’t even get me started on that infernal Kate Beckinsale a few years back at Bright Child indoor play gym. Her 7-year old daughter Lilly kept picking up my then 8-month old Clare and kissing and hugging her. “You have a beautiful daughter,” Kate gushed in that cloying British accent. “Just leave us alone!” I shrieked, trying to break her camera.

I have to remember all the reasons I love living in L.A. The sunshine, the beaches, the mountains, the night-blooming jasmine perfuming the air in spring. I can’t let the celebrities ruin it all for me with their intrusiveness.

Oh crap, here comes Rene Zellweger right now. She frequents this Starbucks and is forever apologizing if she thinks she cut in front of you in line.

This whole “nice celebrity” routine is just a ruse to be invited back to my house for a glass of Two Buck Chuck and some corn dogs. She wants a taste of the good life. I don’t think she’s seen me yet. Gotta go into stealth mode. 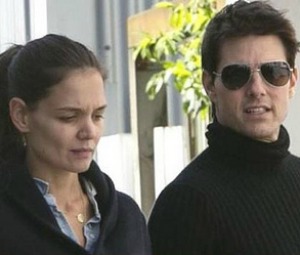 14 thoughts on “Celebrity Stalkers — BlogHer "Voice of the Year 2011" Honoree in the Humor Category!”