5 Things to Do in Cabo San Lucas

Be warned. These “5 Things to Do in Cabo” might render you a pariah to the indigenous folk, your family and all who know you.

1. Ignore the “Danger Don’t Swim” Signs at the Resort and Dive Into the Ocean

After all, you are a seasoned oceanic explorer who has scuba-dived down 180 feet … at night!

Even so, as you expertly plough through the treacherous waves and riptides in Cabo, you might feel someone staring at the back of your head.

You may turn to discover your resort waiter, Porfidio, standing in the wet sand behind you, wearing his waiter sombrero and gaucho pants.

He might solemnly shake his head in disapproval, making you feel guilty for risking your life when he has delicious fajitas waiting for you back at the buffet table.

You can withstand his disapproval, can’t you?

2. Let Your 12-Year Old Daughter Drive Her Own Mini Racer on the Treacherous Beach!

She’ll do it, because she’s too embarrassed in front of her older cousins, who are all on ATVs, to admit driving a tiny deathtrap scares the ever-loving crap out of her.

Then she’ll drive forward three feet and roll the vehicle twice. But, she will survive unscathed!

After pulling your ravished feet out of the tank you’ll find they’re as soft and smooth as Donald Trump’s head under that abomination he says isn’t a toupe.

It will also feel like you were molested by slimy foot fetishists.

But, everyone loves having parts of their bodies consumed by vermin, right? You’ll love to hate it!

When your family competes with your sister’s family, don’t worry that you get insanely competitive and start yelling at the 12-year-old who barley survived her mini-racer crash, “For the Love of God, Bridget, rush the freaking net!! Block, block, even though you’re only 5 feet tall!”

You can blame it all on your father!

When you made the Varsity volleyball team your sophomore year of high school he started coming to your games.

And, because he pitched no hitters in the Pony League world series back in the day, his presence made you so nervous you lost your killer serve.

Therefore, 35 years later, in Cabo, when you suddenly you get your serve back (!), it might go to your head and make you act like an asshole toward the ones you love!

In fact, when your sister’s family wins by three points and a bunch of other resort families ask if they can play, you might yell, “No way, we’re playing 2 out of 3! 2 out of 3, man!!” everyone will hate you.

And when injure your knee going for an awesome dig, everyone might clap!

But it’s totally worth it!

5. Pick a Fight with the Head of the Department of Immigration at the Airport.

After being in Cabo seven days, there may’ve been unexpected costs stacking up and you might be feeling a bit ripped off.

Therefore, when another “unexpected cost” accosts you at the airport as you’re trying to leave the country you might step up to the counter at the immigration office and utter in perfect Oaxacan ranchera:

“We will not pay the immigration department a 130$ fee because we lost paperwork no one told us was important. And also because you are thieves!”

And after saying this, you might have a stare-down contest with the Head Of Immigration.

Your husband, who stands beside you and doesn’t speak a lick of Spanish, will know something has gone terribly awry and rivulets of sweat might pour down the side of his face.

You might win the stare-down contest with the Head of Immigration when he turns away and begins xeroxing shit, but you won’t be able to leave the country without his signature.

Wikipedia: A Pyrrhic victory is a victory that inflicts such a devastating toll on the victor that it is tantamount to defeat.

Your husband, through gritted teeth, might ask if you need to use the restroom. I suggest you do.

A few moments later, he might emerge from the immigration office and gruffly order you to get 200$ from a cash machine, informing you that none of the family is ever leaving Mexico unless you pay up.

Then, while you get the money, your husband might BETRAY YOU by writing the Head Of Immigration a formal apology and sign your name to it!

When you discover this you might be tempted to re-enter the immigration office with the cash, throw it on the table and growl:

“You have won, but I wonder if you will every look yourself in the eye again without seeing mine.”

So good luck with doing all of those things in Cabo.

In the meantime, here are the good things that happened to me and my family in Cabo: 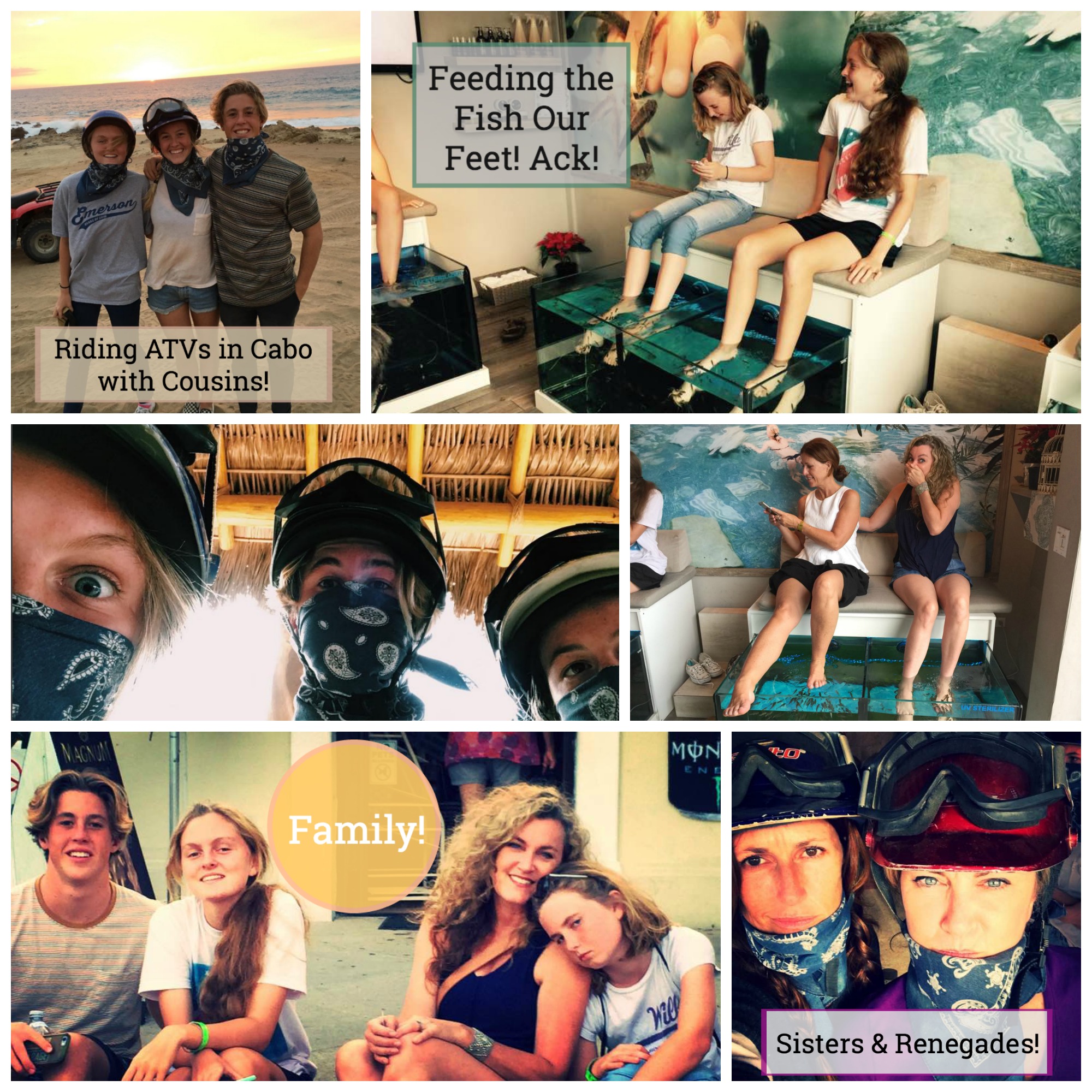 Guys, I miss posting here often. But I’m busy over HERE building my coaching business, teaching people to do as I say, not as I do! xoxoxo Shannon