“I think I’m ready to hang up my boots,” my friend Geraldine says.

“Are you moonlighting as the Electric Horseman and you didn’t tell me?” I query hopefully. (I’ve looked everywhere for that soundtrack and it no longer exists! Has anyone told Redford about this?!)

“Nope, I’m talking about my Knockin’ Boots,” Geraldine sighs. “The ones you wear when you Knock Boots.”

“By this you mean sex, I suppose? You do realize we’re not in an LL Cool Jay video circa 1989? Or on Jerry Springer?”

“What I’m saying is, I don’t want sex anymore even though I love my husband.”

“You have to have sex or your husband will eventually have it somewhere else,” I warn her.

“Eric wouldn’t do that.”

“I think it might be better if you just had sex with him.”

What became apparent to me was that Geraldine suffered from a case of what I like to call Compare and Despair.

She and Eric have cable and she thinks sex should look and feel like this:

“We’ve both gained a life-ring around our middles; Eric’s lost his gorgeous hair and I’ve discovered hair in my nose. Rosacea’s turned my face radish red, and both of our necks are heading south!

“I do not need Eric looking at my flapping neck from Woman-On-Top at nine in the morning, which is the only time we can have sex because our kids with their bionic hearing are finally at school!

“And when I see him naked coming out of the shower he reminds me of one of the characters in Where The Wild Things Are.

“This one. Minus the hair. And the clothes.” 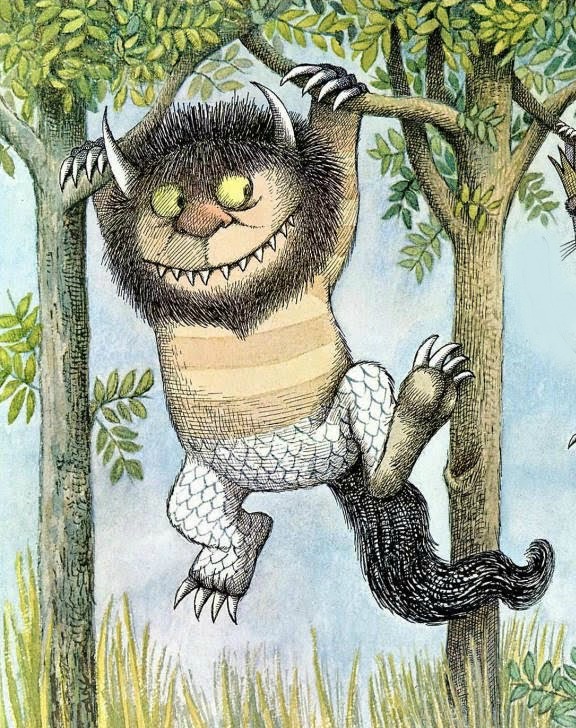 “I want to bite his little tummy!”

“Me too!” Geraldine replies, smiling fondly.

“Can’t that desire to bite his tummy be sexy?”

From the look on her face Geraldine hasn’t considered this angle.

Which begs the question:

Do we need to be young and hot to have good sex?

And what exactly makes sex good and a couple sexy enough to have it?

“Sexy is more about how you feel than how you look. Real sexy is letting your true self come out of hiding and find love in safe places.”

A lot of people think “safe places,” like a longterm, monogamous relationship, must be boring.

But that doesn’t have to be true. When you feel safe enough with your partner you can sexually play in ways you’d feel too exposed or embarrassed to do with a new partner.

Like that time Henry and I pretended we didn’t know each other and our date ended in a torrid clinch in the cargo area of a minivan on Beverly Drive at midnight.

We’d feel too exposed and embarrassed with a new partner if our “sexual play” went wrong. Which it often does.

Like the time Henry and I attempted to have sex in a Jeep Cherokee on the rooftop parking lot at The Grove.

I kept popping up and looking around like a prairie dog expecting a rifle to take its head off.

We felt “safe” enough to try something new and have it fail miserably.

I suggest to Geraldine that sex isn’t just for good-looking people, or for orgasms, or for butterflies in the belly, or for Elizabeth Taylor and Richard Burton looking impossibly glamorous and torrid on a raft in the Mediterranean off Positano, Italia. 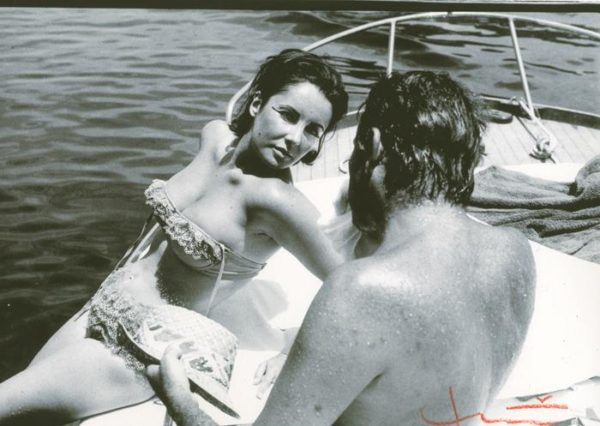 I tell her sex can also be for kindness. For friendliness. For goodwill.

Sex can be a way of saying thank you for living with me every single day and still wanting to make love to me, even though I’m older and wider and less perfect than before. Even if I remind you of a Wild Thing.

I believe that a marriage is only as strong as the person who wants it the least. And sometimes real, funny, un-beautiful, awkward, imperfect and, occasionally, yummy sex is the glue.

If you’d like to read more of Shannon’s sex investigations and interviews with real-life couples you’ll devour her book, Married Sex: Fact and Fiction.