“I’ve looked on many women with lust. I’ve committed adultery in my heart many times. God knows I will do this and forgives me.” — Jimmy Carter

Freakin’ Jimmy Carter, man, he lays it out there. Okay, so I’ve had this libidinous fixation on Gavin DeGraw who’s a singer/pianist no one seems to’ve heard of and I decided it was time to Take Action in order not to commit adultery in my heart.

Henry and I have been together 13 years. Something had to give.

When he came home from taking our daughters to soccer last night the babysitter was waiting with a surprise note from me.

It asked him to dress for-a-first-date (no orthopedic tennis shoes or white socks) and meet me in the bar at the Avalon Hotel, 8 p.m. sharp!

Signing it: “We don’t know each other!”

I’d instructed him to order me a Grey Goose martini straight up with two olives when he arrived because that sounded like a drink Mrs. Robinson would have while smoking Cuaba cigars.

Unfortunately, I arrived first and had to order my own martini. A harbinger of doom. The minutes driveled by. He was late.

Did he get my note? Did the babysitter open it, read it and quit? Maybe he just isn’t coming?

I’d floated this idea by Henry over the years and his response had been, at best, lackluster. Role playing just wasn’t his thing.

As I waited I began to feel like an aged hooker with no John. I wore these items: 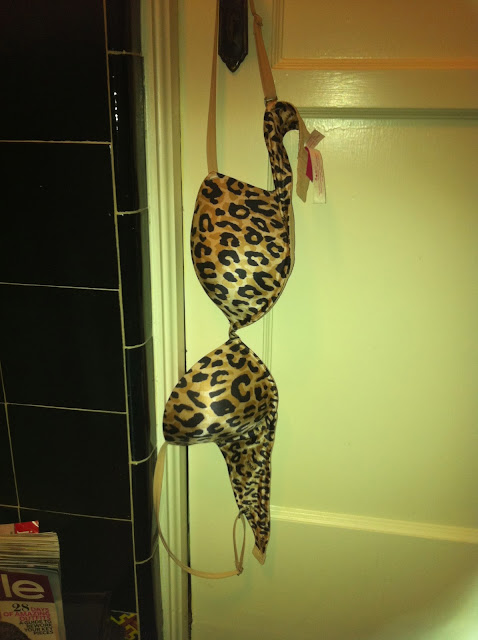 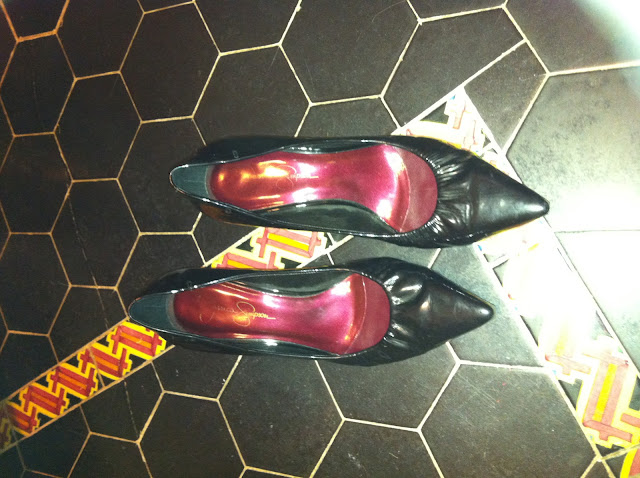 Earlier they’d seemed hot, now they seemed a bit pathetic. Wait. Was that…? …Henry had arrived!

He strode through the lounge not looking at me once but going straight to the bar to order a beer. A red beer.

Henry doesn’t drink. He can’t drink. Alcohol gives him blinding migraines. Could it be my reserved, buttoned-up husband was going for it?

But why wasn’t he looking at me? I whistled at him. Just put my lips together and blew. He didn’t turn around. WTF? Was he deaf? Didn’t he see me?

Waiters and busboys were falling into my cleavage never to be heard from again. My dress skirt was so short the concierge had offered to give me a full Brazilian wax.

How could he miss me? Would I have to whistle again? Just put my lips together and blow?

Henry turned. Our eyes met. He looked at me quizzically. Wow. He was really going to go through with this. My heart melted. He approached.

That’s the best he could do? Shouldn’t we be able to pick our own names? I was going to be Judith, a techie from the south who knew how to make marzipan and drive a back-hoe.

Paul. I could live with that. Pauls are tall and broad-shouldered, let’s face it, macho. I didn’t want to be married to macho, but wouldn’t mind visiting from time to time.

“So Crystal,” Paul said making himself comfortable on the couch next to me, “I feel like I know you already … from your videos.”

“You’re not?” Paul’s eyes began to dart about confusedly.

I realized I was about to blow this whole thing, so I backtracked. I informed “Paul” I had worked as an adult performer in my misspent youth.

We had nowhere to go but up. And so we did.

But let’s face it, I was a Sure Thing.

Soon we moved to the restaurant where I couldn’t help snarfing down a pizza with prosciutto and finishing off Paul’s beer.

Paul was born in Portland, Maine, apparently, but his father was a blimp operator so they moved around a lot.

In fact, his father piloted the first ever Goodyear blimp all over the country. Unfortunately Paul’s mother found out that his father had a girl in every Blimp port. They were known as “Blimpees.”

Paul thought it was his father’s duplicitous life — there are an unknown number of Blimpee kids across the U.S. — that caused him to turn to the dark business of the flesh trade.

He had no children.

I had two sons from a high school relationship with a drug dealer. My boys thought I was their wicked, fallen, older sister. I secretly paid for their private school educations with my ill-gotten, filthy lucre, but I would never tell them.

Sacrifice just came naturally to me — a Jezebel with a heart of gold.

When we touched across the restaurant table it felt as though we were touching for the first time. It was electric.

In fact, it went so well that we had to leave the restaurant before dessert. This is where I’ll Fade To Black … Paul and Crystal deserve a little privacy.

(There might’ve been a freshly vacuumed mini-van involved. On a public street. This is all hypothetical.)

I learned in a whole new way that marriage takes effort. It’s easy to be lazy and tired and uninspired. I really had no idea how things would go last night. I thought we’d feel like idiots and just give up the quest.

But it went so well that Henry said he’d be the one to leave me a note the next time. I think the best thing it did for me was allow me a certain distance with which to observe the man who is my husband. I remembered why I’d thought he was so adorable in the first place.

If you enjoyed this article you’re going to devour my book “Married Sex: Fact & Fiction.” Order Here. And tell us in the comments what you do to spice up your marriage.