Sexual Dissatisfaction: When Your Spouse Is No Longer Attractive To You 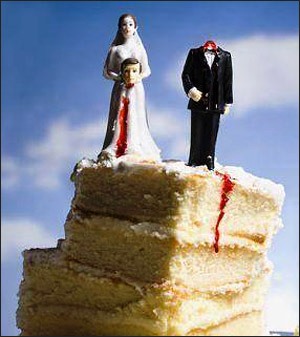 ently a reader contacted me regarding my Married Sex series to tell me her story in the hopes of getting some answers.

Maggie has been harboring a secret for the last five years of her twenty-year marriage.

She isn’t having an affair, hasn’t decided she’s a lesbian, isn’t realizing she’s transgender and is not a spy for North Korea.

Her secret is more simple than that, but she fears it could spell the end of her marriage.

She’s suffering from a chronic case of sexual dissatisfaction and feeling like she’s a shallow jerk.

Maggie and Eddie met when they were both freshmen at USC and lived in the College Uni dorms.

They were part of a group of dorm dwellers who rented out an ice rink to play broom hockey, running around on the ice in their tennis shoes.

Maggie recalls falling instantly in lust when Eddie body-checked her in front of the goal net.

Eddie played on the ‘SC tennis team. He was long-limbed at six-feet tall and lithe. He had a full head of blonde, Byronic curls and a killer smile.

Better yet, he was a one-woman man who fell deeply in love with Maggie.

Two years after college, they married and quickly had three little boys. Eddie carved his way into a prestigious law firm while Maggie stayed home to raise their boys.

As Maggie explains it, she often worried that Eddie might lose interest in her.

She’d put on a substantial amount of weight with the birth of each baby. She sometimes felt she was a little boring “just being a mom.”And often didn’t take the time when the kids were really little to put on makeup and do something – anything – with her hair.

Finally, when their boys hit high school, Maggie had a lot more time for herself.

She decided to drop those extra pounds and started taking tennis lessons at the local rec center.

Ironically, Eddie had entirely given tennis up while Maggie began to really love it, getting so good she competed in local competitions, frequently winning trophies.

She lost thirty pounds the first year playing tennis and twenty more the year after that, getting in the best shape of her life.

In the meantime, Eddie seemed to gain the very weight she’d shed.

He also lost most of his gorgeous head of hair and took up cigar smoking. All of this resulted in Maggie, quite simply, falling out of lust with her man.

She vows there’s no tennis pro hiding in her boudoir. That she hasn’t strayed, but worries she’s doomed to a life of sexual dissatisfaction.

I asked Maggie if she’d spoken to Eddie about this and she said no, because she felt like she was a selfish person who should appreciate him for who he is as a father and a husband.

That those things alone should be enough to make Eddie attractive to her, especially since he’d loved her through her own bout of self-described unattractiveness.

She also worries that if she tells Eddie how she feels, their sex life will end entirely because he may no longer initiate.

My advice to Maggie was to be honest with her husband, and let him know this is a problem for her, therefore a weak spot in the marriage.

While I believe Maggie when she says she isn’t having an affair, I can’t help but worry that’s a possibility if the subject isn’t addressed.

My own 12-year marriage has certainly had its share of sexual ruts and times we don’t find each other attractive.

Just the other night I got into bed next to Henry ready to snuggle up to sleep when he began to kiss me. Oh. This isn’t a peck. Perhaps this is a sexual overture? There’s only one way to find out.

“Should I take out my bite guard?”

“Yes, take out your bite guard.”

FLOOSHWACKAAAA. That’s what it sounds like when I take out my night guard. It’s especially sexy if there’s a lot of spit slinky-ing between my mouth and the bite guard when I remove it.

Henry asked if I wouldn’t mind brushing my teeth before we resumed. Could it be he didn’t find the bite guard sexy?

I also only wash my hair twice a week or it gets frizzy, so sometimes Henry asks me to please wash my hair before I get into bed because I smell like “an eight-year old boy after he’s lost an egg tossing competition and has a dozen yolks in his hair.”

What I’m learning as we go along, is that sometimes sex just isn’t that great, or important.

But there are other times when it flourishes again and can even be exciting. And communication about dissatisfaction, while it may seem unfriendly or mean, is often what it takes to get out of a rut.

I’d love to hear any suggestions you may have for Maggie and to hear how you’ve battled sexual boredom, lulls, lack of desire in your own relationships.

And if you enjoyed this article you’re going to love Shanon’s book, “Married Sex: Fact & Fiction.” You can order it RIGHT HERE!

26 thoughts on “Sexual Dissatisfaction: When Your Spouse Is No Longer Attractive To You”