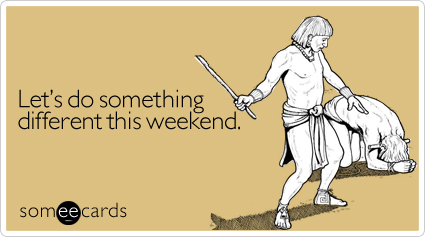 Sarah and Simon had been married ten years.

They had two children, Octavia and Penelope, ages two and four. Their angels and their succubae.

The couple shared a post-partum stress disorder that manifested in the certainty that their daughters would be felled by whooping cough, kidnapped by infertile women, attacked by the neighbor’s Labradoodle or would, just generally, be short-lived.

Doctors prescribed them both a regimen of anti-depressants to eliminate their symptoms of anxiety, which included insomnia, Restless Legs Syndrome, Irritable Bowel Syndrome and Dendrophobia (an inordinate fear of trees).

The medication held the insanity of raising small children at bay, but Zen didn’t come cheap.

They paid for it in the currency of lust. Leaving none between them.

She’d burrow beneath the family afghan, one hand clutching the TV remote lest a sleepless child interrupt, the other hand thrust beneath her underwear.

She became a rigid mass of perspiration and effort, her orgasm as elusive as calculus.

She was twelve-years old again, in the basement of her childhood home, furtively reading Irving Wallace’s The Fan Club, a novel sensitively detailing the gang rape of an abducted movie star by a nefarious quartet, one of whom manages to bring her to orgasm.

Sarah worried that, should she ever interact with other adults again, she might have an affair.

That her languishing libido would rear its ever-morphing, capricious, hela-monster head and she’d be compelled to consider their fifty-something gardener, Porfidio, as something other than the person who mowed and watered their lawn every Thursday at three.

Suddenly she’d notice he was tall for a Mexican, over six feet. Did that mean he was Oaxacan? Perhaps he wasn’t Mexican at all? Were men taller in Ecuador?

She’d notice his stoop from hard labor, his composure and dignity, his bemusement at her fumbling Spanish. She’d notice his hands, the long, calloused fingers that might have coaxed sonatas from a baby grand, or steadfastly repaired an aortic tear, an esophageal rupture, a pre-frontal aneurism. Not to mention what they might elicit from the female body.

“I’m concerned about our sex life,” Sarah said the following night to Simon as he watched South Park, his one selfish pleasure. “You never initiate,” she said. Simon muttered something conciliatory in the hopes she’d leave him alone.

Alas, no. “It’s your lack of entitlement,” Sarah continued, “the Catholicism you’ve disavowed. Religious guilt still lurks in the sub-glacial berg of your psyche!”

In the garage office Simon logged on to one of his bookmarks, fleshbot.com.

It wasn’t Richard Gere having a small ferret encased in a condom removed from his rectum, but there were over-worked salivary glands, pneumatic breasts, Olympian throats.

With something approaching relief, Sarah confessed her nocturnal trips to Cabo, grateful they were finally laid bare to one another.

Entering the Pleasure Chest in Hollywood was like exiting a midday matinee into the blinding sun: the same sense of disorientation, blinking and staring, of being blinded, in this case not by the sun, but by unguents, oils, lickable lotions and leather collars with spikes.

Sarah grabbed a nearby lingerie rack displaying lacy garters in an attempt to orient herself. Simon fingered a garter belt. “I like these,” he said.

They moved on to the bondage display.

“Here’s a starter kit?” Simon held up a small box with a photograph of a blond woman strapped to a bed with white Velcro straps that looked identical to the harness their daughter Penelope wore as an infant to remedy a dislocated hip.

Her enjoyment of such movies was dampened by concern for the actors, their boozy childhoods, their undiagnosed ADHD, their dental hygiene and low self-esteem.

So she held off going to the back of the store where the pornographic movies were displayed, one atop the other, in tall Plexiglas cases that customers could flip through, like poster art or Pottery Barn rugs.

She passed over the lickable oils, which smelled like fermented White Shoulders and were tacky to the touch.

They were quite lifelike, with veins running through them, seemingly engorged with blood. One even had a little realistic mole on the foreskin, a nice touch.

They came in an array of colors, black, brown, varying shades of pink, olive, ochre, aubergine. Their size ranged from slender as a toothbrush to thick as the forearm of a small linebacker. Some vibrated, some bent at all angles and some seemed pilfered from the reliquary of the Spanish Inquisition.

It was at this moment she realized she was lurking. A casual lurk, which made it creepier.

“There you are,” she said, panting slightly, when she found Simon perusing a DVD cover depicting several female cheerleaders performing mid-air hurkies without their underwear. “Are there any multiple partner movies?”

“Yeah, the gang-bangs are just over there.” Why did Simon’s voice sound as though it were projected through a gramophone?

Sarah darted to the section he’d indicated and rifled her way through the phalanx of films.

“Is this what you want?” Simon’s voice boomed, standing next to her. He picked up the gang-bang DVD and held it aloft.

“That’s the one you want,” she replied.

The cashier reminded Sarah of a sommelier, educating them on the finer vintages.

The Kama Sutra line of oils, he felt, was overrated. The Motion Lotion, however, created a delicate sensation of heat with friction. Sarah listened, head cocked, an eager, mindful consumer.

She wanted the cashier to approve of their choices, to know that neither she nor Simon judged him for working in an “adult store” or thought he was a pervert in any way. Might he be free for dinner some time?

“That will be three hundred and eighty seven dollars,” the cashier said, holding out a brown paper bag the size of a shoe. She stared at him blankly. Then Simon opened his wallet.

Sarah and Simon entered his deserted office, Sarah clutching their contraband to her chest. The atmosphere was charged with forced sexiness.

Sarah ferried her lingerie into the bathroom. The plastic wrap came apart when she breathed on it. The material of the lingerie felt inauthentic, as if cobbled together with dental floss and sea kelp.

The bra was one-size fits-all if you were Heidi Montag.

She couldn’t tell which side was up on the garter belt. Deciding it didn’t matter, she tried to fasten the garter belt around her waist, but couldn’t figure out how the plastic fastener worked.

The struggle with the garter became Homeric, the Odyssey, the Iliad, anything by William Faulkner rolled into one. There was no option but to jettison the garter and salvage what she could.

Lingerie-clad she faced herself in the mirror. Her pubic hair was mid-thigh, spilling out past the little bows in the open-crotched panties. She stood with flaccid breasts, somehow still full of herself.

When she emerged from the bathroom her high heels clacked on the hardwood floor like a clown’s stilts in an empty rollerskating rink. Simon was naked, ensconced knees-to-chin on the tiny black leather love seat in front of the TV.

She climbed on top of him, his knee in her groin, her elbow cauliflower-ing his ear, their stomachs grappling for turf.

They tried to kiss while watching TV, straining their ocular tendons.

Simon detangled himself from her and located Insatiable Sadie, but there was nothing sharp to pierce the DVD’s plastic wrap. He tried using his teeth, injuring his gums.

“Forget the DVD,” she said. “Try the lotion, the lotion.”

Tossing the DVD aside, Simon found the Motion Lotion that heated with friction. The sheath beneath the screw-on top took some effort to remove, but he finally managed to open the bottle and pour a liberal amount of lotion into his palm. The faint smell of rotted jungle undergrowth infused the room.

Simon knelt before Sarah, as if about to cut a ribbon at a mall opening, doused her most private part, then knelt between her legs to orally create the necessary heating friction.

It felt like Sarah’s vagina had eaten a jalapeno.

“Too much motion lotion, too much!”

But Simon had already raced across the room to the kitchen sink where he lapped at the faucet like he was trying to put out a fire on his tongue.

Sarah clacked to the bathroom, flung on the tap in the bathtub and jumped in, straddling the faucet.

It was from this vantage point that she saw Simon lurch into the doorframe, wearing his drugstore reading glasses, scrutinizing the ingredient label on the Motion Lotion.

“It’s got asss-partame in it,” he lisped.

They drove home in silence. She imagined what Simon’s assistant would find in the morning: the Jenna Jameson movie still lodged in the DVD player, a pair of Sarah’s earrings in the office bathroom.

He’d imagine a tawdry, far more expert tete-a-tete than the one that occurred, where a nauseous man made love to his wife through the aura of an oncoming migraine. And the wife made love to her husband with a benumbed vagina.

At a red light she noticed Simon regarding her intently. She felt the blood rush, just beneath her skin, from her breasts to her cheeks. Simon leaned over and kissed her until the car behind them honked. Then honked again.