How Crushing on Gavin DeGraw Almost Got Me Killed

But can that man tickles the ivories and sing in his bluesy, smoky, nails-down-a-spinal-column voice? Oh, yes he can.

And those soulful lyrics. “Staring at a maple leaf, leaning on the mother tree…” What does it mean? Who cares?! Look at that smile! 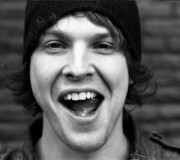 I don’t go to concerts. I hate crowds, I’m afraid I’ll get trampled in a mosh pit where I’ll catch tuberculosis and someone will try to safety pin my nipples.

But within ten minutes I had purchased tickets to see Gavin at the Fox Theater in Pomona. Pomona, people. City murderous pimps.

I’d even sprung for the deluxe tickets, where I got to go to the pre-show/sound-check party and stand in front of the stage for the concert.

I didn’t feel guilty. I’d given my husband Henry two children and my youth.

Now he could be free of my shallow need-to-be-worshipped-by-all-men-all-the-time, voracious ego.

He’d be better off. He’d find someone selfless and mature whom he could have a spiritual, platonic relationship with.

However, his buff chest, blue eyes and soul would be mine to keep. She could have his feet. But I digress.

I didn’t take Henry to the concert. How could I?

What if Gavin saw me in the crowd — yes, a woman twenty years older than most of his fans, but with excellent night vision — and he and Henry got into a fight over me?

I took my sister, Gina. She’s Mormon, so I knew she’d keep a close eye on me.

Case in point, I started to flash my leopard print bra to the Gavin roadies when I walked into the sound-check party and Gina tackled me to the ground. Crisis averted.

I’d hoped seeing him in the flesh would be a disappointment. Alas, it was not to be. He joked with all of us, made us feel intimately connected to him and basically charmed the pants off of all the ladies.

Which was unfortunate for me as those AG jeans cost over 100 dollars when the economy was still good.

After the sound-check party, we big spenders were all ushered into a little restaurant that was part of the theater to drink and eat until the show began. This is where the real trouble began.

I was in the bathroom having a pee when I noticed someone had left their wallet on top of the toilet paper dispenser.

Oh, I thought, I am going to find the owner of this wallet and they’re going to be so relieved.

I will be a good Samaritan, which will exonerate me for my extra-marital crush.

I looked inside the wallet to see a girl-next-door brunette smiling back. Hold on a minute, there was another identification card. Huh. This perky young woman was in the military. The Air Force no less. I would be her personal hero. I might get a medal.

So imagine my surprise when I found the girl, who stood a good six inches taller than me, even with my heels on, and I handed her her wallet and she just said, “Oh, thanks.”

Then turned back to her friends without missing a beat. WTH? Where was the gratitude, the commendation for valor, the offer to give me a private flight in her F-16 where we could buzz Gavin’s tour bus?

I returned to Gina a bit disgruntled.

But it was time to see the concert. Unfortunately, I was under the misapprehension that Gavin was the opening act. He wasn’t.

Carolina (who?) Liar and David Cook of American Idol fame played first. Gavin was the headliner.

While I was happy for Gavin, I was distraught for my feet, which were enslaved in a pair of platform heels.

Heels not too terrible for an hour of standing. But not what turned out to be four hours of ooh! ahh! ouch! I’m-too-old-for-this-sh#t standing.

With each bottle of Bud killed, she leaned further into me, until she was standing on my head.

There was Gavin singing his heart out — let’s face it — directly to me:

“Whenever I see you I need more, And I want you to stay til the end, One look at that smile and I’m all yours, Will you just smile at me again?”

… and I’m just trying to stay out from under a drunken air force pilot who most likely has Post Traumatic Stress Disorder and is packing a Talon SS .20 Calibre Rifle.

Every minute or so someone behind me poked my shoulder HARD. It was either Violent Wallet Girl, or one of her equally loaded, bleary-eyed, Amazonian friends.

Suddenly I was back in fourth grade, standing on a toilet in the girls’ bathroom trying not to breathe as my 10-year old Bully Nemesis peed in the next stall sharpening her switchblade.

The poking continued. Okay, enough was enough. I was gonna have to open up a can of Whup Ass.

I spun on my bleeding heel like a Ninja Assassin. “So,” I said in a commanding take-no-prisoners voice, “Do you remember I’m the lady who returned your wallet?”

“That’s right, I’m so glad I found it for you and returned it with everything intact.”

“I was looking at your ID so I could find you and I noticed you’re in the military.”

“Yeah, I am, I just got back from the front lines in Afghanistan.” (Afghanistan, did she really think I’d be intimidated by that?)

“Thank you for your service,” I said.

That shut her right up. I chose to use flattery to diffuse the situation, not because I was afraid she’d kick my butt and send my body parts home in a MRE packet, but because I wanted to support our troops.

The poking stopped, but Blotto Wallet Girl still kept inching right over the top of me, until I was behind her, trying not to breathe on her in case she had a Korengal Valley flashback and accidentally gutted me like a trout.

Eventually, my sister pulled me in front of Ingrate Wallet Girl and took a position between us. Let me tell you, if the mortars are coming in, you’ve been flanked and the Jerrys are coming over the top with fixed bayonets, Gina’s the one you want at your side.

From what I remember of the performance Gavin was awe-inspiring.

If you don’t know his music, you should treat yourself. But I’m afraid I’m going to have to let this unrequited crush end before it’s even begun.

Because I’m lucky Henry puts up with me … and Gavin’s fans are too scary. 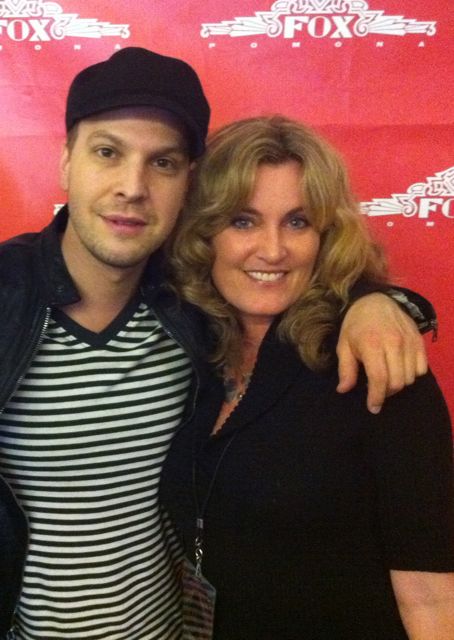 If you enjoyed this article you’re going to love Shannon’s book, “Married Sex: Fact & Fiction.” You can order it RIGHT HERE!