My Unnatural Fixation With Gavin DeGraw 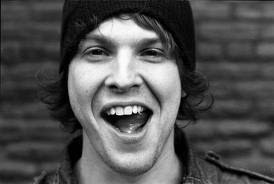 Anthony Keidis hit on me in the early 90s and I had no idea who he was and thought he seemed smelly and should put his shirt on.

I danced for INXS and thought Michael Hutchence was a snore.  Yes, I’m bragging again in my sneaky, underhanded way.  My point is that I think I’m having a mid-life crisis with my Gavin DeGraw fixation.

It’s almost as bad as my love of Randy Mantooth during his Emergency days in 1972. 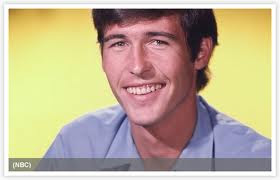 I once got a little electric shock on my lips when my 7-year old self tried to kiss Randy through the t.v. screen as he was resuscitating a car crash victim. Oh to be that victim!

I’ve been furtively watching all the You Tube videos I can of my new obsession Mr. DeGraw and when Henry comes home I quickly erase my history and snap my computer shut.

I’ve gotten tickets to a Gavin DeGraw concert next month.

I’m going to stand in the mosh pit with all the 20-year olds and there’s a chance I might take off my bra and throw it on the stage.

Nothing is certain. Henry may have to marry my friend Patrice. She’ll be a good wife and mother. They are not allowed to know one another biblically, however. That’s where I draw the line.

Yes, I’ll be on the DeGraw tour bus serving Vodka Lime Rickeys in a g-string, but that doesn’t mean Henry gets a free hall pass. He’s no spring chicken. It could kill him. He’s just gonna have to hang those stirrups up.

I’m going to try to ween myself off of Mr. DeGraw post concert. There will probably be some kind of withdrawal symptoms … the desire to wear ski and newsboy caps … a yearning for the blues … who’s to say.

Like Meryl Streep in The Bridges of Madison County, I’ll make the right decision for my family. That is … unless Henry runs away with Salma Hayek. Then all bets are off.

12 thoughts on “My Unnatural Fixation With Gavin DeGraw”