What Happened After My Script, “To The Stars,” Became a Sundance Film Festival Movie

2019 Recap: The Best of Times; Sprinkled with a Dash of Fear and Self-Loathing; and a Challenging Amount of Failure.

So. A lot of great things happened for me this year. To look at my life from my Facebook page, one would think I had the world by the tail.

And in many ways, it’s true. But it’s only half the story.

And because most of you who read my blog are drawn here by my coaching articles and take-no-prisoners transparency, I’m willing to lay myself and my journey bare. First, the good stuff:

To begin with — I never dreamed this dream. It turns out the Universe had bigger plans for me than I had for myself.

I was in the process of growing a life coaching business when a Deus Ex Machina occurred.

After a decade away from the entertainment business, a screenplay I wrote in 1998, “To The Stars,” was produced in 2018 and went to Sundance this year; featured in the U.S. Dramatic Features category.

It was one of 112 films selected out of over 14,000 submissions. And one of only 16 films in that coveted category.

To make matters even better; it was graced by stellar performances and a director — my lovely Martha Stephens — who imbued it with specificity, poignancy, humor and sheer f#$king awesomeness.

(One of my favorite actors, Michael Shannon, called it “impeccable.” That’s a great joy.)

During the credits editing schedule, I got a phone call from Martha saying she took a “Directed By” credit, in lieu of “A Film By” credit, to honor my contribution to the film.

If I could birth a child for Martha, I would. But she doesn’t actually want one, and my womb is in its geriatric cycle.

Throughout the year, I traveled to five film festivals to support “To The Stars.”

My kids were able to come to some of these events (my husband was out of the country working for three months — which was another great thing) — and it made me seem cool to them for a minute.

Then they wanted me to make them quesadillas delivered on a tray in front of the TV.

In September, “To The Stars” sold to the iconic, fabulous Samuel Goldwyn Films and will have a limited theatrical release in 2020, along with a streaming release (more info to come.)

All of this is incredible, and I’m beyond grateful. However, I still had to deal with my humanity. But first, the fancy stuff: 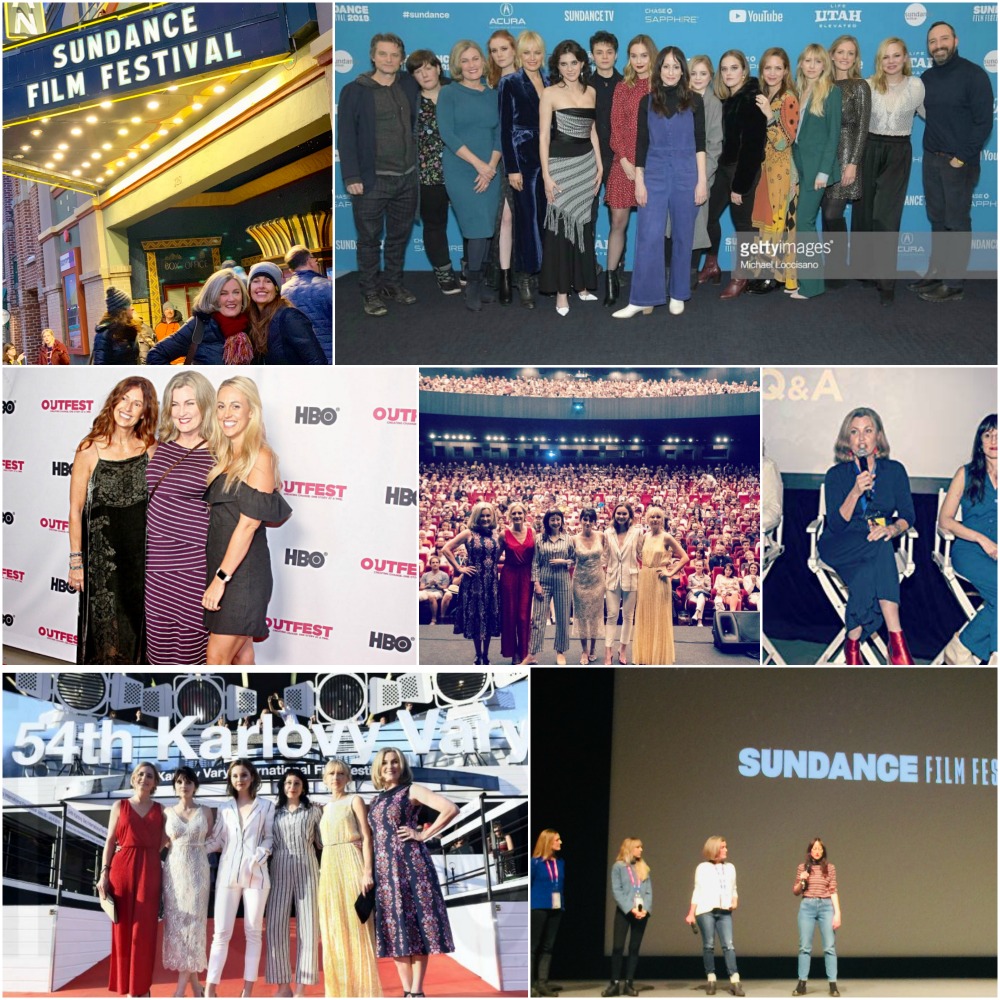 Along for the Fantastic Ride Came; Insecurity, Anxiety, Fear, Impatience and Mild Dread.

These are some of the thoughts I had throughout the awesome:

And the fact the human brain does not like stepping outside its comfort zone. It wants to stay with what it knows, even if that’s low-grade misery or simply the status quo.

To add insult to injury, 90% of the time, I’m not even aware my brain is thinking all this stuff.

I was speaking with my niece mid-year, being my usual transparent self, when she recommended a podcast that helped her deal with her bi-polar disorder and the attendant bad feelings she had about having bad feelings.

This podcast became a lifesaver. (This is NOT a sponsored post — it’s a gift for you.)

Brooke Castillo at The Life Coach School distilled a way of managing negative emotions that has revolutionized the way I think about and process them.

I highly recommend checking her out if you find yourself avoiding, repressing or buffering negative emotions with toxic relationships, drugs, alcohol, overeating and my personal Achilles heel, over-shopping.

In my ongoing self-development, I’m learning to stop judging myself for being human; accepting negative emotion by feeling and releasing it — then getting back to work.

Here’s what I mean —

A Series of Rejections

I spent the better part of this year writing a war film after a previous year of research to prepare. I sent the script to 24 producers, just waiting for the bidding war.

24 passes later … I am accepting this isn’t going to play out the way I planned.

Simultaneously, I pitched a horror film over the phone to underwhelmed agents. Ahh, the bitter taste of rejection.

I wallowed for a day or two — now allowing myself the luxury to do so — then called my agents back and said I wanted to come in and pitch face-to-face.

That’s when I received, I think, the best compliment of this entire year; including the compliments surrounding the feting of “To The Stars.”

My agent, in a mildly put-upon tone, said:

“While I appreciate that you’re the kind of person who just picks up her petticoats and gets back on the train, I’m not sure you should be spending your time on this.”

Let me just give that one a headline. I’m the kind of person who:

Just Picks Up Her Petticoats and Gets Back on the Train

Despite negative emotions like self-doubt due to rejection, failure and setbacks — I’ve decided not to give up on either script.

I’m going to continue taking massive action until I find homes for both of them.

But I’ve made the decision, and am willing to walk through all of the negative emotions that stand in my way, to reach the desired outcome.

“Negative” emotions don’t mean something is wrong. In fact, they might be the indicator you want big change. It might be we need to walk toward the very thing that frightens us to see what we’re capable of.

So. My wish for both of us, in the New Year, is that we dream big; know our brains are going to try to trip us up; have compassion for those brains — they’re just trying to protect us; and keep picking up our petticoats and getting back on the train. (Forgive all the analogies — I suspect they don’t dovetail with one another neatly.)

Finally, Never Judge Your Insides By Other People’s Outsides.

We’re all in it together, and everybody is dancing as fast as they can. Feel free to email me any questions you might have about how to walk through negative emotions to get the result you desire.

And for those of you mired down in painful romantic relationships, grab my book, She Dated the Asshats, But Married the Good Guy HERE. It’s a game changer. xx S