When You’re Addicted to a Person, Embrace THIS to Break Free!

I used to get miffed when “nice guys” who wanted to date me bitterly cried, “All women just want to date Bad Boys!”

They may’ve been right. At least when it came to my dating habits. But any guy or gal who bitterly throws this Old Chestnut at you isn’t really nice. They’re probably trying to shame you into choosing them instead of the Bad Boy/Gal.

An emotionally healthy person would notice you have this self- 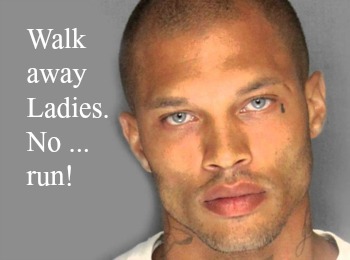 destructive penchant and step carefully away, so your need for Drama doesn’t explode all over them like a vial of nitroglycerin.

Even though a “nice guy” might be trying to manipulate you by accusing you of Bad Boy Love, they could still be right. You might be addicted, and loathe to detox.

Recently, a lovely client of mine decided she was done being addicted to a person.

She blocked a toxic boyfriend on social media and her phone. She decided to take an indefinite break from dating and just be single while going to recovery meetings for Love Addicts. There was only one small fly in the ointment. She was bored.

Detoxing From Toxic Love Can Be Boring!

Nobody likes to be bored. Nobody wakes up in the morning, takes a deep breath and shouts to the rafters:

“Bring it Life! Bring the Boredom, Baby! I just love that shit! Sign me up! You cannot give me enough boredom! It’s so freaking awesome.

“Yes, yes, I know. My friend Paris is in Paris with some boy-band dude who’s bipolar and has twelve STDs. And Vinnie’s dating this stripper named Jehovah who can shoot dollar bills out of her lady parts. And Veronica’s got this guy who, like, takes her to Vegas to gamble the nest egg and have menage e quatres.

“But just give me some mental sobriety and celibacy until I figure out my Love Addiction. It’s gonna be so awesomely boring, man!!”

Nobody says that. And if you are on any social media sites you might believe you are the only person IN THE UNIVERSE who is bored.

I’m here to tell you — from my lofty perch — that boredom is an integral part of life and nobody shares it on Facebook. Those bastards want you to think everything’s exciting orgasms all the  day long. Trust me — it’s a lie.

And Love Addiction — drama, hot dangerous sex, etc. — does create chemical changes in your body equivalent to a drug high.

“When a person partners with an unhealthy match, an addictive kind of relationship dynamic may take hold. A love addiction is typically associated with strong highs, where both partners feel jubilant and passionate, and the lowest of the lows, often resulting in depression and generally feeling ‘stressed out’ for long periods of time.

“Just like a drug, the reward centers of the brain light up when the highs are high and the brain’s happy chemicals plummet when the lows occur. The highs and positive feelings may be short-lived, but people often stay in these dysfunctional unions for a surprisingly long time, sustained by the anticipation of the next endorphin rush.”

There’s also been research that inconsistent rewards from a partner create anticipation which makes the “reward” chemicals even stronger than a relationship where these “rewards” can be predicted and relied upon.

So when we embark on a relationship we can count on — and I’m not talking about a needy, clingy person who wants to become addicted to our asshattery and inconsistency, but someone with self-respect and self-love — we might feel … meh.

I remember in the first few weeks of dating my husband — a healthy, loving, consistent guy all these twenty years — he turned to me and noticed I was staring at the side of his head as he drove the car.

Apparently I wasn’t staring raptly. I must’ve had a quizzical look on my face because he said, “You’re trying to decided whether I’m handsome enough.”

That wasn’t it. I was trying to decide if I felt “drawn to him” enough. By which I meant — is he a dangerous F##k? 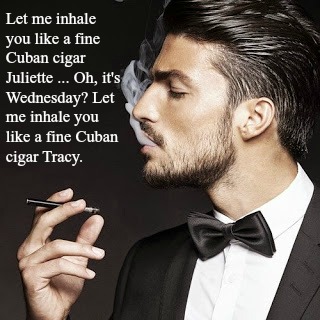 He wasn’t my usual heartbreaker. He was just quietly attractive. No parades and banners.

Just the good guy lingering in the background in all the romantic comedies where the audience screams at the heroine — “Pick him, you idiot!”

In the twenty years of our dating and marriage I’ve had periods of boredom. And to my ego’s ever-lasting indignation … so has he!

At first these bouts of boredom worried me. Maybe I made the wrong decision? Maybe there’s someone out there who can be exciting every second of twenty years AND be loving and reliable?!

Um, no. I’m here to tell you after walking through periods of boredom — I love my husband more each day. That guy is the love of my life and somehow he thought I was emotionally healthy enough to marry! (He does not suffer crazy gladly.)

I discovered that when I try to avoid boredom, I’m avoiding myself. Ooh, that’s a good one. I’ll write it again … and you can quote me.

Trying to Avoid Boredom Is Avoiding Ourselves

And by the way; it is NOT up to our romantic partners to make our lives exciting. If you find yourself in a bored patch it could mean a couple of things.

1. You are spending time becoming mentally and emotionally sober, which is boring, but also a sign of recovery. Keep walking the walk.

2. You are looking at another person to make your life exciting when, in fact, that’s your jobMaybe you need a new career.

One of the things that having a reliable, loving, wind-beneath-my-wings relationship has given me is the rock solid foundation from which I can pursue my personal goals.

It’s been hard for me to keep up my coaching, because a screenplay I wrote years ago just went into production. Guess who took over with our home and kids so I could fly out and see my film being made? That’s right, my steady guy.

Guess what I’d be doing without his support? Probably spending the lion share of my time trying to being addicted to a person and trying to get this unpredictable, exciting guy to become reliable and boring whilst ignoring my other dreams and personal goals.

That’s all I’ve got today. Make boredom your friend and listen to it. It can tell you what you really need. xoxoxo S If you aren’t currently signed up for this newsletter you can opt-in here!

Pick up my book. Veronica on Amazon writes: 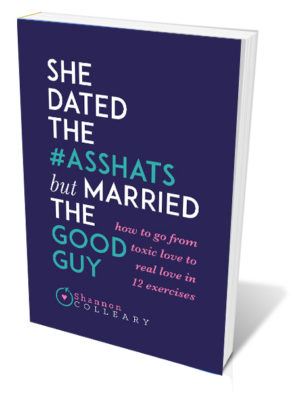 “Powerful: Shannon tells it like it is while making you laugh out loud at the same time! Best self improvement book I think I’ve ever read. She is truly gifted.”