The Effects of Divorce on Children

How My Parents’ Divorce Turned Me Into Jason Bourne

The effects of divorce on children often makes them into fantastic spies.

My parents divorced when I was two. I decided I’d learn fluent English, French, Russian, Dutch, German, Swedish, and Spanish. My other special skills would include hand-to-hand combat; a mix of Filipino Kali and Jeet Kune Do. I’d have supreme efficiency in handling numerous vehicles, and would possess a Brazilian passport with the Portuguese name, Gilberta de Piento — just like Jason Bourne.

I felt this was my destiny as I orbited two homes as disparate as Jupiter and Mars, each requiring its own language and skills.

My mom remarried a police officer who had two sons that were three and six years older than me.

We lived on a 69-foot sailboat in a white-trash, run-down harbor in Antioch, California, where Jaycee Dugard was kidnapped and kept as a sex slave for 18 years.

My dad lived in Upland, California in a tract housing development similar to the one Edward Scissorhands.

He lived with his second family who were Mormon and bathed once-a-day, compared to the once-a-week ratio at my mom’s.

I learned my Bourne-like skills of hand-to-hand combat in order to survive older brothers when necessary and the supremely efficient handling of my Schwinn Stingray in order to flee them when I got in a good punch before they could recover. I’m missing half my right front tooth thanks to a laughing face-first collision with my mom’s parked 1969 Volkswagen van. I was racing from the scene of kicking my stepbrother Derry in a tender region.

The broken tooth … my just desserts, I suppose.

I once pinned my same-age cousin Billy to the ground in front of both of our families and wouldn’t let him up until he said, “Shannon’s much stronger than me.” I was a punk.

I wore dresses and attended three hours of Sunday school on the weekend. I tried to keep my penchant for cursing at bay and my hands to myself. I wasn’t always successful as I broke one of my younger sister’s arms accidentally, just by being rough the way I was with my older brothers.

Don’t get me wrong, my younger sister could fight just as well as I could, but knew how to get me in trouble by biting her own arm and saying I did it. (A tactic she learned from me when she stayed with me at my mom’s house and saw me use the same ploy to get my older brothers in trouble.)

I likened transitioning from my dad’s to my mom’s homes and back again to being an astronaut re-entering earth’s atmosphere.

If the spacecraft should re-enter the earth’s atmosphere even one micro-millimeter off, it will burst into a huge fireball, burning and killing everyone inside! I had to get my tomboy on as soon as I got to my mom’s and curb my penchant for swearing and giving annoying people the bird when I got to my dad’s.

There were years I haaattteeeddd being a child of divorce.

But as an adult now, I wouldn’t change a thing. I had the great good fortune of having four parents and eight grandparents.

Experiences varying from, finding myself at the age of 9 rowing a tiny dinghy with an 11-year-old friend in the windy chop of the San Francisco Bay trying to land on Angel Island before capsizing; to giving inspirational talks about the importance of humility to a sea of Mormons, wearing a dress that covered my shoulders.

If it weren’t for these wildly disparate experiences I doubt I would’ve had such a lust for travel, new adventures and the desire to write about all of them.

We are the sum total of our experiences and because of my parent’s divorce I feel like I received twice my share. So the “effects of divorce on children” were predominantly positive for me.

I love you moms, dads, brothers and sister. xoxo S 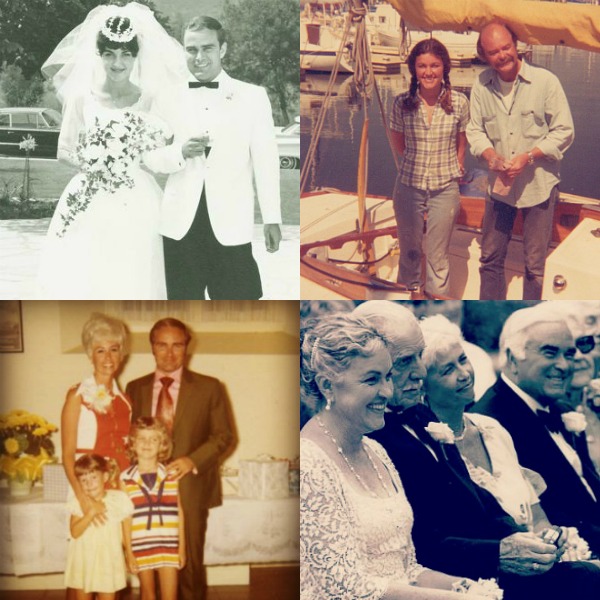 147 thoughts on “The Effects of Divorce on Children”