A Colleary Christmas 2015 (The Back Waxing Edition)

I don’t know about you glass-half-fullers, but I never feel like I’ve done enough by the end of each year.

And this year I turned 50. My mind goes here … I’ll be 80 in just thirty years! That’s right around the corner and what have I accomplished so far?

Then I Google phrases like: “People who succeeded late in life.” And pretty much the only person who comes up is Colonel Sanders. (His extra crispy chicken is, admittedly, magnificent.)

I hope writing this letter will be a reality check. There’s this for starters:

Henry is writing his portion of the letter, but to prepare your palate for propriety, I must first offer the most indecorous moment with Henry of 2015. He had no idea this was coming:

What follows is from Henry, which is why there’s no mention of genitalia, nipple tassels or irritable bowel syndrome:

Once again Henry managed to juggle his many commitments — teaching screenwriting in the Masters program at UCLA; mentoring veterans via the Writers Guild Foundation; and judging at the annual CineStory weekend for emerging writers.

Somehow, he also found time to co-write a spec sci-fi pilot with partner-in-crime Mike Werb (their other sci-fi project, Face-Off,  is the gift that keeps on giving. Thank you John Travolta and Nicolas Cage).

2016 promises to be even more action-packed for Henry as he launches his long-planned web-based writing and consulting service @ MichaelColleary.com! 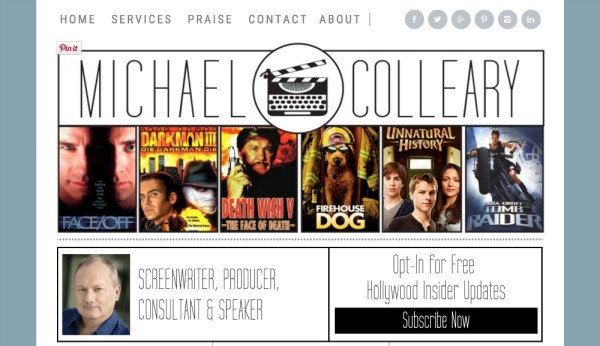 Bridget graduated from elementary school this year labeled a “genius” by the school psychologist. Her older sister Clare says, “that remains to be seen.”

During her last year in elementary school, Bridget played Horton in Seussical:

Bridget also designed and sewed her own graduation gown.

That’s because she’s a genius. Like her mother. Her father naps a lot. He’s napping right now. Shhh. Don’t wake him. I’m shopping online for things I don’t need.

Bridget took middle school by storm, playing Queen Aggravain in Once Upon A Mattress to much acclaim.

I tried to take credit for her performance, but was thwarted by what’s left of my conscience.

Our eldest played first base in Little League softball like she was Gary Cooper in High Noon.  A laconic poker-faced southpaw that could catch anything. That’s because she’s a natural athlete. Which she gets from her mother. I threw balls at people’s heads during recess. Dodgeball.

Her father spent his childhood building ship and tanker models. He has a delicate constitution.

I’d like to say that Clare gets her ability to play the piano — in a way that makes the past come alive and buried feelings well up — from her mother.

But that would be a lie. Her relationship with music is uniquely her own.

Clare’s also a serious student who works hard for her straight As. But what we love best about her is her tender heart when it comes to little creatures and little people: 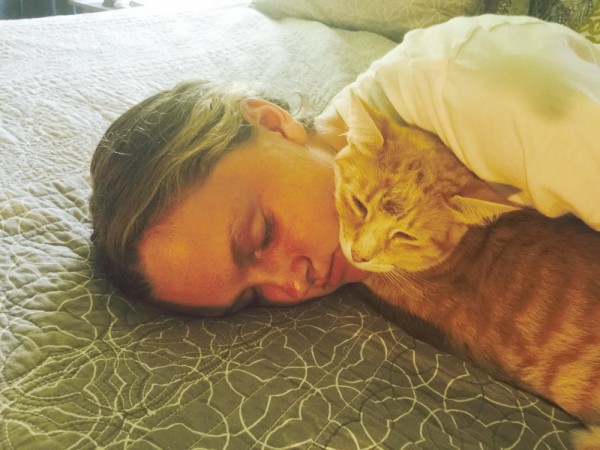 We traveled. A lot. We used airline miles, which meant we had to take six planes stopping at fifteen airport hubs before we arrived at any destinations.

Then we spent all of the money we saved on plane tickets at the airport hotels we had to stay in due to 15-hour layovers. So that was fun.

Bridget and I went to London on a theater show tour with her drama group, while Henry took Clare to Harry Potter World in Florida.

I was certain our London trip would be much better than their Floridian jaunt, and I’d have to pretend our trip wasn’t too fabulous so they wouldn’t feel sorry for themselves.

But apparently, Henry and Clare went into a Wind Tunnel that simulates sky-diving and now Bridget wishes she’d gone to Florida instead of London. Even though we got to go to the REAL Harry Potter world in Leavesden, UK.

Sadly, they didn’t have a Wind Tunnel. But they did have this:

My mom took our entire family to Italy for my 50th birthday. It was the best of times, it was the bossiest of times. We both like to be in charge. We strangled each other in Lucca when we disagreed about where the Bicycle Tour was supposed to begin. (I was right, naturally.)

I was lucky that my friends-since-4th-grade, Kelly and Viv, were able to join us.

Sometimes they remind me that I will always be several months older than them. However, I’m drinking the blood of virgin choir boys to outlive them. I’ll keep their ashes on my mantel. This letter just took a dark turn. Perhaps another snifter of brandy?

Some of my favorite moments from Italy: 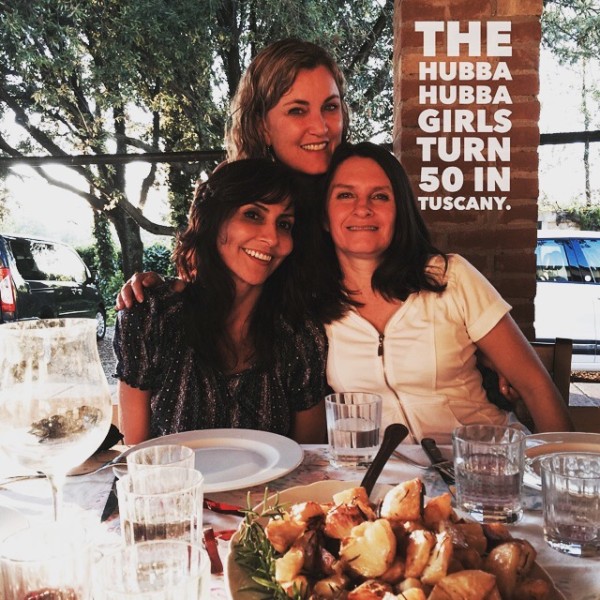 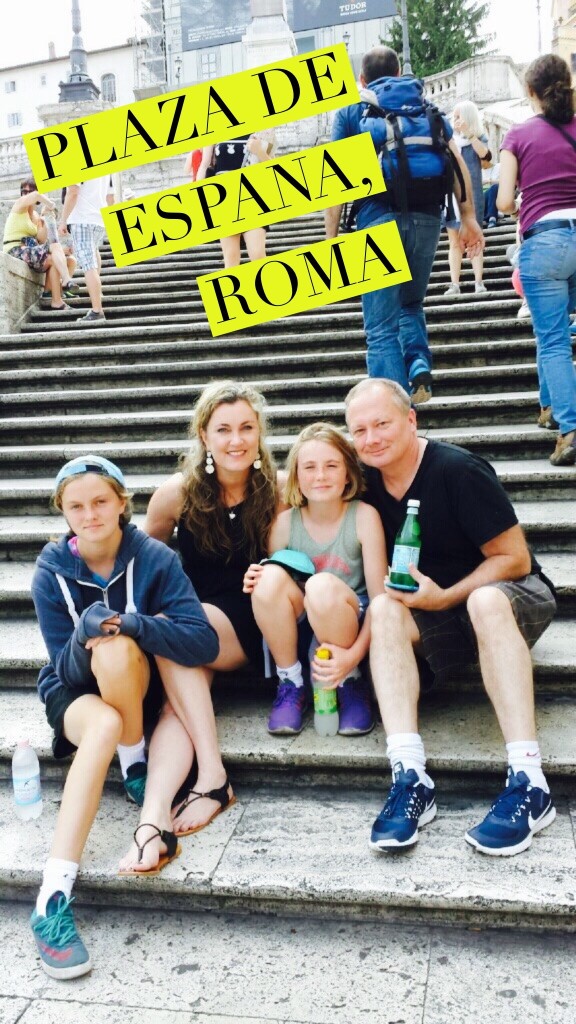 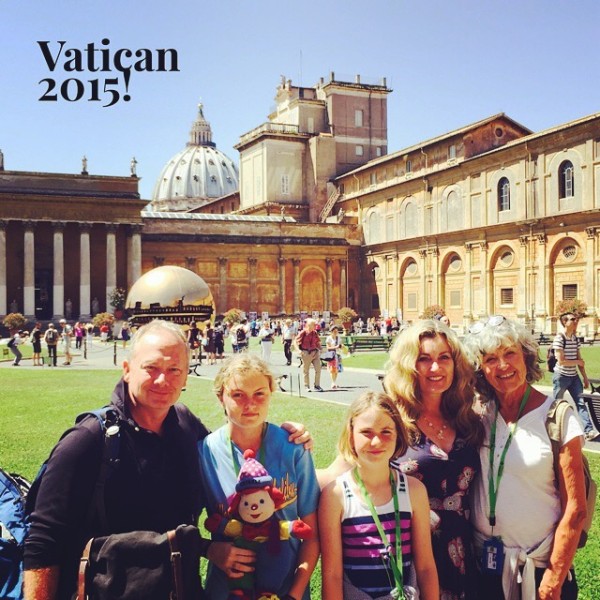 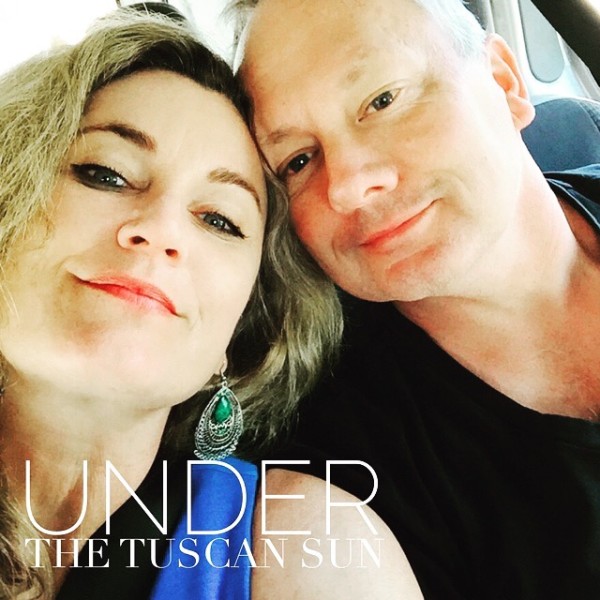 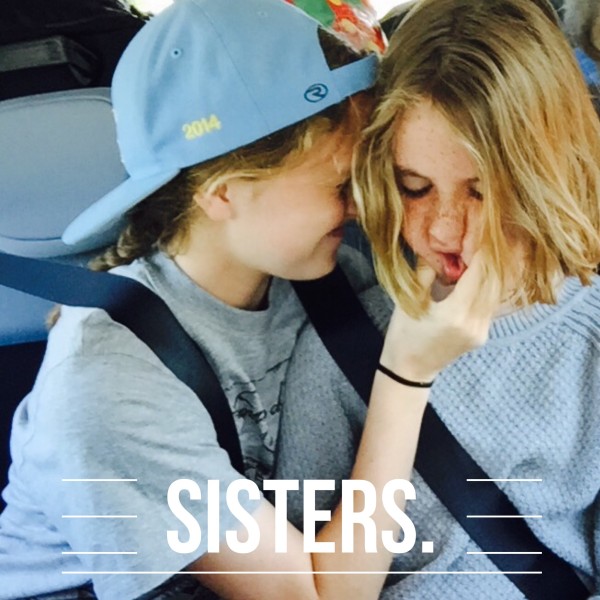 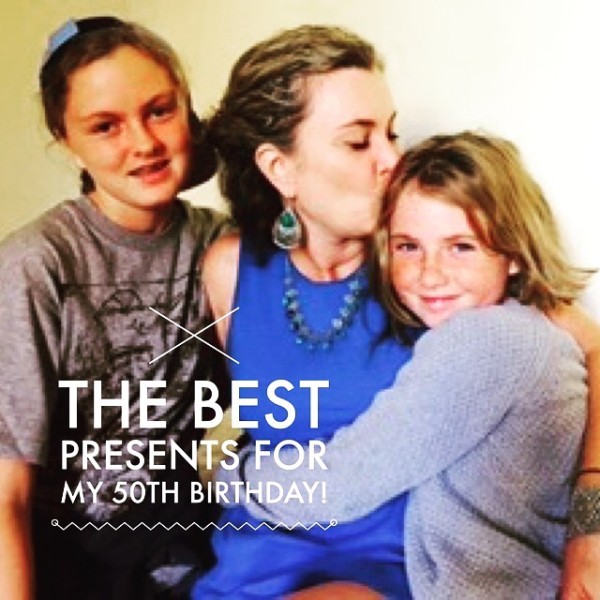 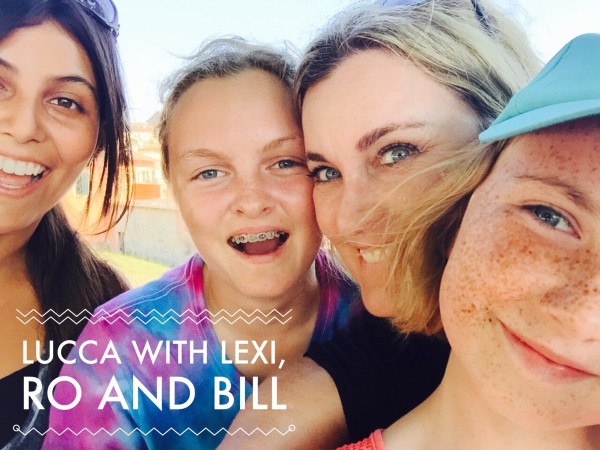 My mom and I weren’t the only ones to occasionally get on each other’s nerves. What is she doing here?

Mom, you romantic, intrepid, loving, generous woman, thank you so much for the trip of a lifetime! I know you would have preferred to travel with Idris Elba, so we appreciate you putting him on a back-burner for us. xo S 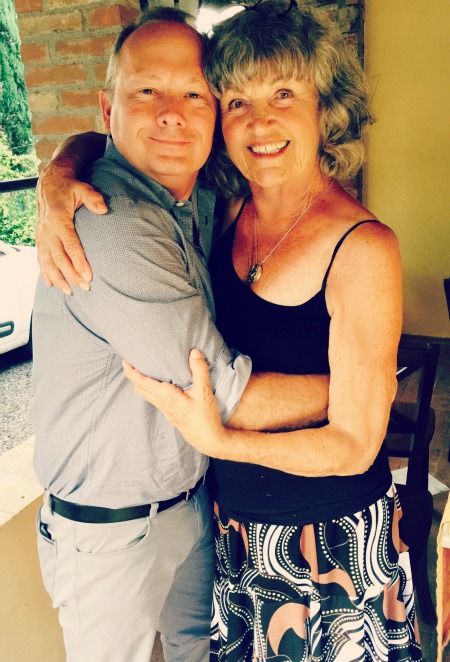 Our dear friends, the Silvermans, treat us to a trip to Catalina each summer on their sailboat, the Senia Jade and all just for the price of one dinner. (No, you cannot have their contact information!) 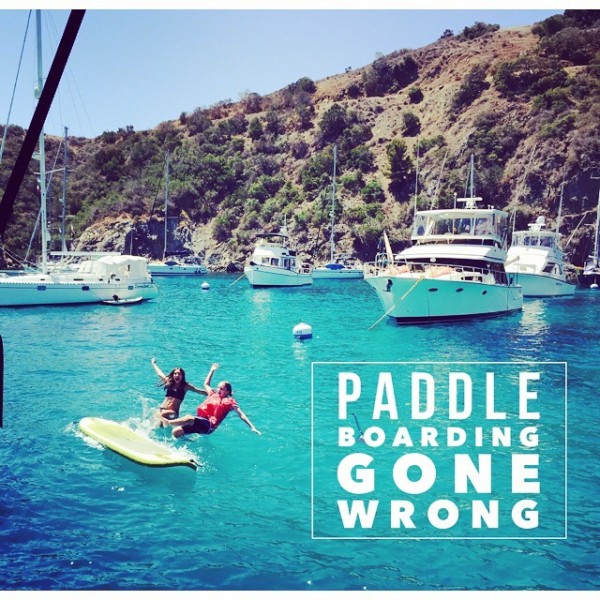 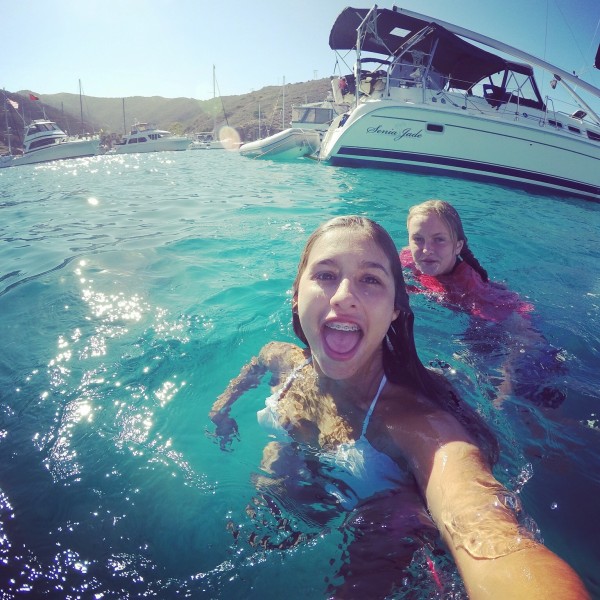 This one I did solo. If you’ve been following my site you know I traveled to the small island of Lesvos in Greece with my friend Jamie Grumet of the NGO Raise It Up to gather stories and volunteer in Syrian refugee camps.

It was life changing. If I could put Donald Trump in an internment camp I would. He couldn’t take anything with him. Not even his combover.

You can read my stories (which have also been featured in The Huffington Post and Purple Clover) HERE. These are the people we met. Photo credits Jade Beall and Lori Dorman. 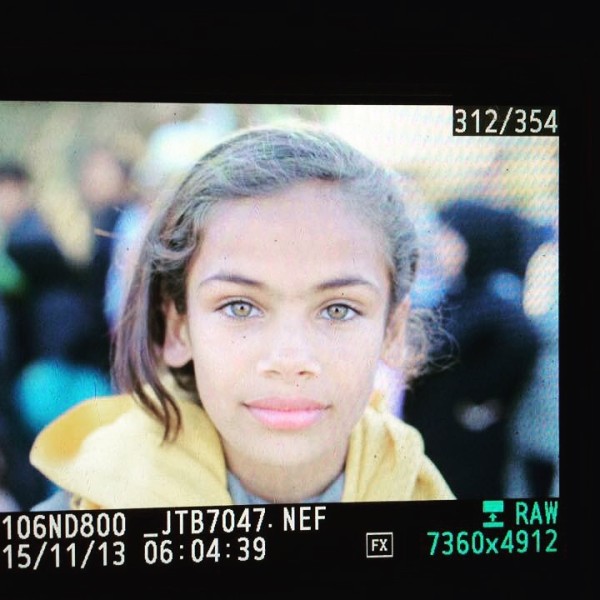 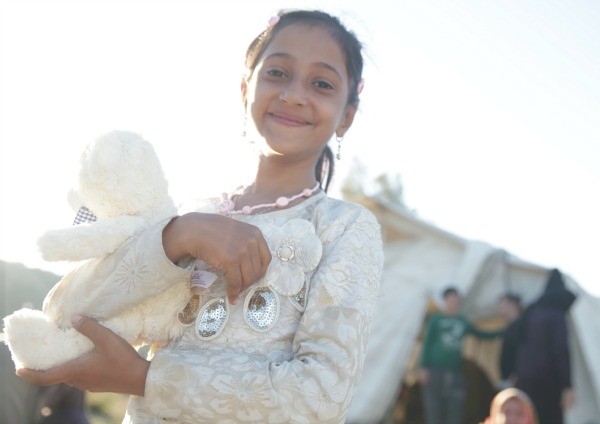 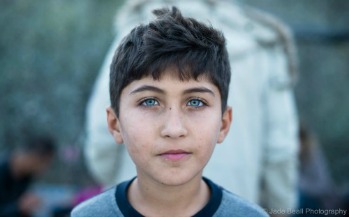 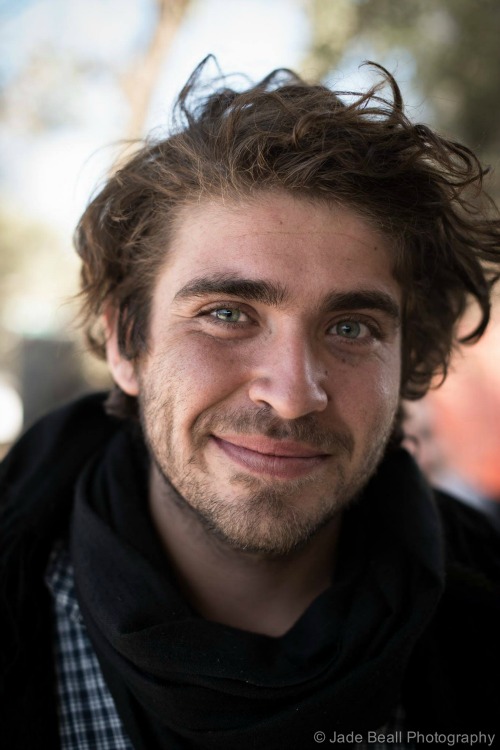 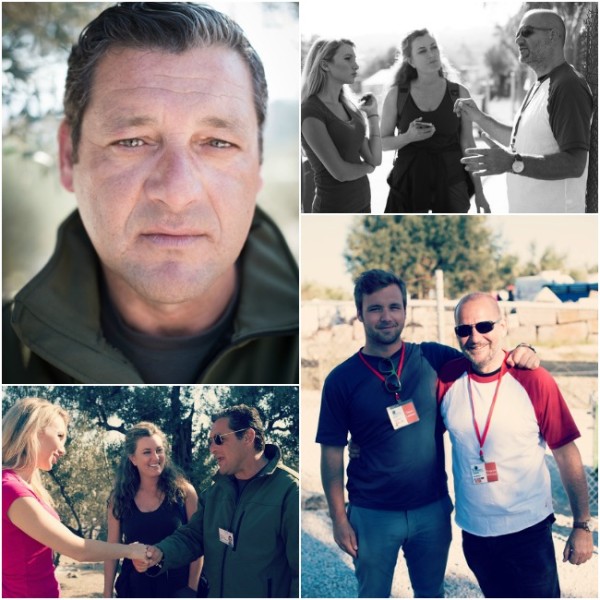 This year, I also took up ballroom dancing and now have excellent hip action and mediocre Cuban Motion: 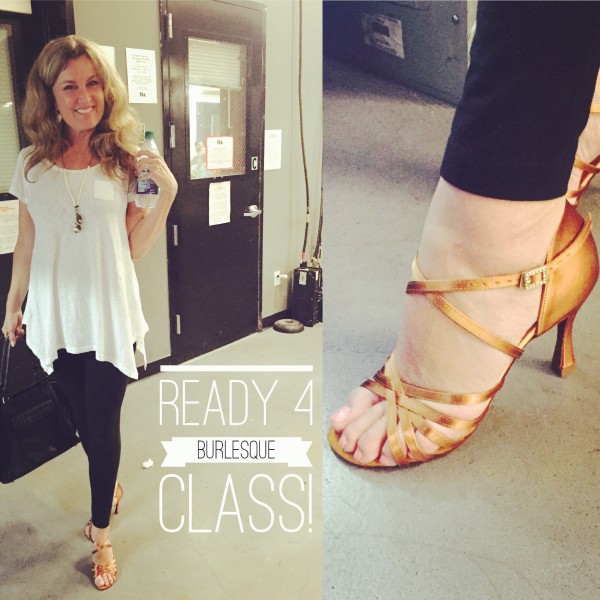 Finally, I launched my life-coach website, where I’ve started taking clients who are trying to manage or get out of relationships with Asshats.

(I know of which I speak, having been an Asshat myself.) 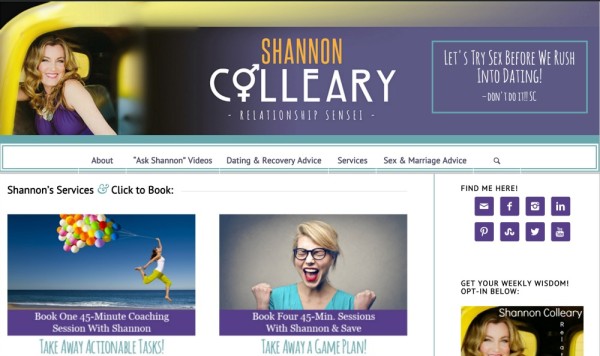 I use 12-Step recovery with my clients, because it was through a 12-step program that I was able to get my act together. I wouldn’t be married to Henry (who I suspect you know is the source of everything good in my life) and have this family if it weren’t for the ten years I spent in program with the help of Joan, my own personal angel/sponsor.

If you’d like to take a look at my Asshat Recovery Program or work with me one-on-one, you can check out my site HERE. That, for the most part, encapsulates the highlights of the Colleary’s 2015. This letter has been a needed Reality Check. I suspect we’re all luckier than we realize. Here’s wishing you the very best in 2016!

7 thoughts on “A Colleary Christmas 2015 (The Back Waxing Edition)”