When I Met a Very Rude Boy

Let’s just be clear. I blame it all on Tony Robbins.

How The Incident occurred.

I was invited to a party by a work colleague whose son, Justin, was graduating from Yale.

But how bad could it be, given my joie de vivre?

I strapped myself into a saucy little sheath, threw on some heels and made my hair as large and vociferous as possible.

Large, loud bushes on your head can intimidate. Take, for instance, the white lion: 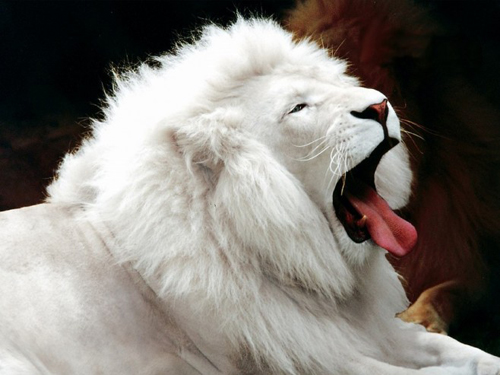 Next, I brushed up on my literary trove; a little James Joyce, some Ernest Hemingway, but eschewing Jane Austen (she’d be a bit too chick-lit for this crowd)

On arrival to the host’s ocean-view Pacific Palisades manse, I realized this was a party attended predominantly by young men; most of them still getting their masters or law degrees in some Ivy League college back east.

The females present were largely still in pinafores or using walkers.

The young man who attacked me is currently attending Princeton. A 2006 article in Ivy Gate describes Princetonians thusly:

Sports tweed jackets. Likes sports. Uses “sport” as every part of speech. Would hunt quail if he had the stamina to carry a gun. Drinks: Whiskey, neat. Darkest secret: Kind of thinks it would be okay to let the Goldbergs join the country club. Should have gone here: Anyone with four names.

But back to my story:

I entered the party and instantly dashed to the bar to lubricate my brain, as I feel smarter after one drink. I speak Spanish more fluently after and can sometimes even do mathematical word problems.

(My kryptonite – how does anyone know what time Jane arrives home after leaving the party at 6 p.m. traveling 40-miles per hour, but then she stops to visit Andre for fifty-three minutes, and then continues driving home, but now at 12-miles per hour and then … no one can figure that shit out!) 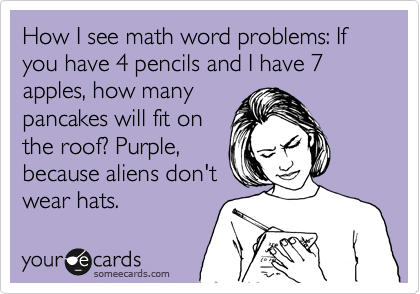 Sipping on a martini I approached the colleague who invited me to say my hellos. She was the only person I knew at the party and, much like a wedding, she couldn’t babysit me as she had so many guests to greet.

So I stood there alone, feeling oddly like a hooker at a cotillion for toddlers.

Then I spied someone else standing alone on the periphery of the party, just like me.

He was a young man, who looked to be about twenty-two or so, wearing a Ralph Lauren Oxford, red Tommy Bahamas shorts. He looked like he could use a friend.

My maternal instincts kicked in, so I approached.

“Hi, I’m Shannon,” I introduced myself, “I work with Justin’s mom. Are you one of his college friends?”

I should’ve instantly known I was unwelcome. He didn’t shake my outstretched hand or look at me.

It’s rare that when I introduce myself to someone they flat-out rebuff me, but it was happening and I couldn’t deny it.

There’s a moment, when this occurs, that you realize you have one of two choices:

#1 You can plough through the rejection, starting a conversation as if you didn’t notice, in the hopes you will find a more socially acceptable way to extricate yourself moments later.

#2 You can pretend you weren’t trying to start a conversation, but were just trying to move your way through the crowd and inadvertently bumped into this person.

And that when you spoke you were actually speaking to the person behind them.

Foolishly, I chose #1 and tried to engage this youngster in conversation. I repeated myself, asking if he was a friend of Justin’s.

He said, “That would be the obvious answer.”

I am not f-ing kidding, yet I slogged on. “Are you also graduating from Yale?”

“Oh, what are you studying?”

I launched into a story about how I’d always been a creative, not someone who had one clue about finances or business, but how I was having to educate myself in order to turn my creative work into a business.

For just a brief second I saw a glimmer of interest in his eyes.

The recognition of a shared passion despite the decades gap in our ages, the million-miles distance between our monetary portfolios, but then I made my fatal error.

“In fact,” I said, “I’m reading Tony Robbins’ book, ‘MONEY Master the Game: 7 Simple Steps to Financial Freedom’ to understand the market and how to invest.”

First it was the tips of his ears, quickly the blush spread to his cheeks, down his neck, until his entire visage was bright red.

What was happening?? Was he embarrassed? He didn’t say anything embarrassing.

And then I realized, he was embarrassed for me. Speechlessly embarrassed.

“I know Tony Robbins isn’t an actual financial wizard,” I said, trying to recuperate from my gaffe.

But he did interview actual financial wizards like Carl Icahn, Jack Bogle and Ray Dalio. The book might be better than you think.”

The boy’s eyes began to dart back and forth in his head, as if I were a crazed gunman holding him hostage and he was looking for a financial advisor in a bomb diffusing suit to rescue him.

“Okay,” I said, “Obviously Tony Robbins isn’t your idea of a credible source for financial wisdom. I’d love to hear about who you’re reading?”

“Oh, well which one is on the top of the stack? I’d really love your opinion since my learning curve is going to be pretty steep.”

And then he said nothing. Literally. We just stood there.

He with a beet red face and darting eyes and slightly labored breathing and me utterly dumbstruck at his horribly bad manners.

The mom in me really wanted to kind of step outside my body, grab him by the ear and say,

“Listen you privileged little shit, who do you think you are treating this well-meaning middle-aged woman so poorly when she was trying to rescue you from social isolation? Not everyone gets to go to Princeton and think they know everything!”

Instead I said, “And on that note …” and I turned on my heel and walked straight back to the bar to “refresh” my martini.

As I stood at the bar I noticed three other young men join the whippersnapper. He said a few things to them and they all looked in my direction and laughed. Again. I’m not kidding!

I felt like Carrie at the prom covered in pig’s blood. If only I had telekinetic powers!

And then I just got over it.

I sat down and played chess with an eight-year old (he beat me), then had a nice conversation in flawless Spanish with the Guatemalan housekeeper who walked in on three of the boys taking coke bumps in the master bathroom.

Then I went home and hugged my kids and told them they’re not allowed to go to Princeton.

However, I may go back to get a midlife-masters at Penn.

Ivy Gate has this to say about it:

“Big, dumb and sweet, Penn just wanted to pet the pretty rabbits. Really good at finance, though! You know, like an idiot savant.”

Have you ever felt like an ass at a party? I’d love shares if you have. And keep up with me by opt-in to my discreetly, infrequent newsletter.

4 thoughts on “When I Met a Very Rude Boy”