That Time I Was Offered Work in a Brothel

The following is a temptation to buy my book Smash Crash and Burn: Tales From the Edge of Celebrity.

There are prostitutes, Mexican transsexuals and a Dutch boom operator with a sock fetish. Caveats in place, enjoy this excerpt: 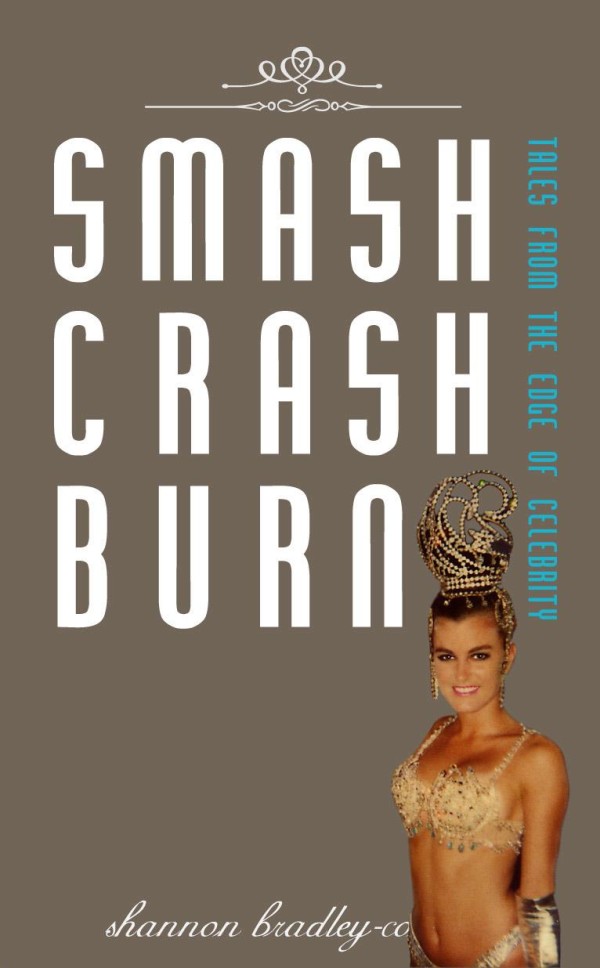 “I could get you a job here if this acting thing don’t work out,” Bea says.

I’m in the Torture Room at Fran’s Ranch, a whorehouse in Beatty, Nevada.

We’re shooting a scene for a low-budget movie called Leta Has Two Lovers, and I’m worried the only reason I have a part in the film is because the director, Benjamin, who resembles a woodchuck with mossy teeth, is trying to get in my pants.

Bea is one of the “girls” at the ranch.

She sits next to me holding a riding crop across her pale, dimpled thighs.

Her corset’s too small and her soft baby-bottom flesh squeezes out through the gaps in the trusses.

“You could really make a lot of money here,” she continues. “But you don’t have much in the boob area.”

“I know. It’s a real problem. Even in the acting profession.”

“I mean you could use some meat on your bones. Men like a little juice in the caboose.’”

“I can’t gain weight. I think it’s just in my genes, but my doctor says it’s because I’m neurotic.”

“I like to think it’s the potential of my artistic genius pressing down on me?”

“Yeah. I see a lot of the artistic types in here. They’re always sad as circus clowns.”

Hookers are so intuitive.

The Torture Room, with its busted wooden Rack-of-Pain and sodden sacrificial altar, isn’t so different from the Simi Valley casting office where I tried to get a Trident gum commercial last week wearing a tankini and heels.

“Shannon, we gotta get outa here!” I look up to see Gary the makeup artist/crafts services coordinator/crew driver.

“The sheriff pulled up and we don’t have a shooting permit.”

“But what about my bondage scene?”

“But I only have two scenes in the whole movie and …”

“Shannon, we gotta go, we don’t want a repeat of Mexico!”

I wasn’t in Mexico when Tijuana police descended upon the Leta crew while they were stealing a shot at a taquiera wagon and demanded Benjamin pay a two thousand peso mordita for shooting without a permit.

Benjamin refused on principal – art should be free. And also because he only had five dollars and thirty-five cents in a coin purse shoved in his sock.

Things got very The Good, The Bad and The Ugly fast, so the Leta crew abandoned shooting and fled to the border.

But not before Benjamin managed to pick up two Oaxacan tranny prostitutes he hid in the back of the production van with the sound equipment.

Alas, they were discovered by the border patrol.

He barely escaped the Tijuana pokey because, according to the sound-check/lighting designer/location scout Freddie, the border patrol didn’t want Benjamin in their country.

Besides lack of a production budget Leta has another fatal flaw.

Benjamin hired a French-Canadian actress, Caprice, to play Leta in a movie that’s supposed to be a love letter to illegal Mexican immigrants, highlighting the poverty and unemployment that drives them in desperation over the chain-link fence.

“Hey Shannon, you got any cash on you?”

I sit in the cargo hold of the production van with Artie Lieberman, a swarthy Jew charged with playing Leta’s Mexican lover, Jesus.

Artie’s been gambling ever since we hit Nevada: gas station slots, casino dice games, high rollers, floating craps, chuck-a-luck or restaurant bingo, where you can lose all your money over a plate of mucousy eggs.

He’s already spent all his per diem cash and his future paycheck.

There are side bets among the crew that Artie’s stealing waitress tips after we leave the table at restaurants we’ve dined in.

No one’s caught him red-handed, but when we tried to return to Norm’s Kitchen for a second breakfast we were told they didn’t want “our kind of business.”

I have a twenty-dollar bill in my purse that I’m pretty sure he can smell like a bomb-sniffing dog smells nitroglycerin.

“You have a debit card?”

“I’m not giving you my debit card.”

“I’m good for it,” he says, runnels of liar’s sweat rolling off his forehead.

I dig up my twenty and hand it over.

I kiss that twenty goodbye.

Suddenly, our vehicle veers onto the bumpy shoulder of the road. Artie and I scream.

I look up front to see Benjamin in the passenger seat slapping Gary repeatedly in the face.

“Benjamin,” shrieks Artie, “What the hell are you doing?”

“Waking Gary up! He’s got a mild case of narcolepsy!”

“Why the hell are you letting him drive?”

“My license is suspended in Nevada! Don’t ask!” screams Benjamin.

An hour later we arrive at the Imperial Palace Hotel in Vegas with the carcass of a desert turtle in our grille.

The air is thick with resentment and rebuke as the rest of the cast and crew – all six of them – arrive and stumble up to the front desk to check in.

Rumor has it that Blake and Caprice, who play the lead characters, are shacking up, but no one has mentioned it yet.

“Listen Blake,” says Benjamin, “If you and Caprice are screwing can I just cancel one of your rooms?”

“Oh, my God, you are such an asshole, Benjamin!” screams Caprice, storming off in her floral skirt and cowboy boots, her take on Mexican sweatshop attire.

“What’s wrong with her?” asks Benjamin, “I’m just being practical!” Then to Blake, “Is she any good in the sack?”

“If I were sleeping with Caprice, which I’m not, she would be smoking hot in the sack. She could suck a golf ball through a garden hose.”

Midnight. There’s a knock on my hotel room door.

If it’s Benjamin again I’m going to give him a piece of my mind about the casting couch. Also, he’s shorter than me so I could probably beat him up if I had to.

I peer through the peephole and see the Dutch boom operator/mic wrangler/sound mixer Sebastian.

The last couple of days he’s been sending me sex signals. Very subtle ones.

Like when we were shooting at the clay ponds on Tuesday he kept pretending to sodomize me with the fuzzy boom.

He also bit into his craft services hot dog at lunch and licked his thick, mustard-laden lips sensually while looking me square in the eye.

When I tripped over the lighting cable and fell on my hands and knees he responded by dry humping the air over my prone body.

I’m open to an on-set romance because of a conversation I had with my actor boyfriend of six months back in Los Angeles right before I left for the Leta shoot.

We were seated at a table at Sunset Sushi in West Hollywood.

We’d downed sake bombers, the Rock-N-Roll sushi platter had just arrived and I was taking my first bite when my beau said, apropos of nothing:

“I don’t believe in monogamy.”

“You don’t believe in morphology? What’s that?”

“No, monogamy. I mean, you know how I feel about you and I know how you feel about me so what does it matter if we occasionally share our bodies with strangers? How is that going to damage our relationship?”

I looked down at the food in my hand and thought, I will never eat a spicy tuna spider roll again.

******
Through the peephole I’m reminded that Sebastian is tall, blonde and handsome.

I manage to resist…

To be continued in its entirety in the book. Which I think you’ll really enjoy. You’re just one click away from having it dropped in your inbox. xo S