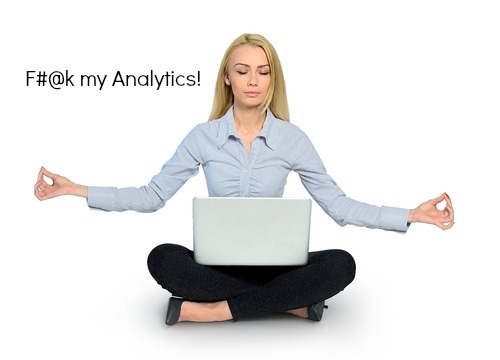 Does the Quest to Constantly Quantify our Lives Diminish Them?

Not too long ago, on a flight back from Boulder, Colorado, I struck up a conversation with my seatmate (who, btw, was living a double life. Foreshadowing).

He was wearing an interesting black bracelet on his wrist that occasionally emitted a blast of pink, neon numbers.

Curious, I asked why his bracelet was making such a fuss.

He explained that the bracelet was a Jawbone Up—a device that tracks how many steps he takes each day, how many hours he sleeps at night and which of those hours are cycles of deep REM.

He’s also able to log the calories he eats, the weight he’s lost and check whether he’s elevated his heart rate enough for the day.

After this explanation, I noticed a second color blinking away on his wrist.

“What do the purple flashes mean?” I asked.

He couldn’t help but smile.

“Since you’re a stranger, I can tell you,” he said, lowering his voice conspiratorially.

“Those are the steps my mistress walked yesterday.

“The hours she slept last night. You see? She slept five hours in Sweden and I slept six in New York.”

His wife, at home in Palo Alto, doesn’t have a Jawbone.

I wondered how it was that an electronic bracelet had become this man’s conduit to intimacy and love?

Did he think that its clean, antiseptic, numerical way of conducting an affair would keep potentially bloody, messy, devastating infidelity locked safely in a box? Who knows?

I have a dear 71-year-old friend who wears a different electric device—a “Fitbit” that tells her when she’s reached her 10,000-step goal for the day.

We recently vacationed together in Paris, where she has a flat, and she generously showed me the secret jewels of the city:

But I found myself chafing at her brisk pace.

There was no time to stop and eat a street crêpe; no time to lunch on baba ganoush at the mosque restaurant; no time to sit in the jardin and watch the miniature boats race on the pond.

Then I realized my friend was chasing her 10,000 steps.

When she hit her 10,000th stride for the day, she reverted to the relaxed, irreverent, adorable lady I love, happy to leisurely feast on lapin roti and macaroons at Maison Laduree.

But until then, we power-walked the Louvre, me trying to keep up with her petite, piston-like legs, moving with fierce determination up a graded ramp.

I wondered why my friend was in such a hurry? Why did it feel like she was running away from, instead of running towards something?

Was the device her way of keeping old age—and its good friend, death—at bay?

As I plotted to steal her Fitbit, put it in a burlap sack with some stones and toss it in the Seine, I realized I was slave to my own leg shackle; the kind felons wear when they’re under house arrest. My iPhone with the infernal My Fitness Pal app.

I’m six months shy of 50 and like most people my age, can no longer eat mindlessly without packing on unwanted pounds.

Now each bite does not touch my lips before it’s fingerprinted, patted-down and cavity-searched on that hellish app.

And I must leave room for 10 ounces of pinot noir (242 calories), if I want to retain any semblance of life being worth living.

In Paris, as I tried with great frustration, to find the calories in a bowl of Moules à la crème Normande (there was no English translation!), I found myself in the midst of a minor crisis, which forced me to stop and ponder the question:

Is the quantification of our lives stealing the best years of our life?

Are we so afraid of loving, eating and dying that we have to compartmentalize our bodies, our relationships, our entire lives into electronic calculators?

I worry we’ve become so adept at defining life with our little machines, explaining our existence, creating a sense of purpose in things that mean nothing, that we’ve lost the moment.

So tonight I’m going to sit down to dinner and turn my device off.

I’m going to look at my food. I’m going to taste it. Smell it. And not see it as numbers floating in front of my eyes.

Because no matter how many times I try to calculate everything in my life, I know that it’s going to end.

And I want to have lived it.

Do you think you have a device addiction? How does it manifest and what do you do to try to detox?