My Antidepressant Withdrawal in “Literary Quotes”

7 a.m. Without my antidepressants, I awake and think:

I feel fine and fresh and new. I take a brisk walk with color in my cheeks and the wind at my back.

I come home and have a latte then dash off my story about the woman who grabbed my breasts to avoid falling in the Macy’s Intimate Apparel Department.

Also, some of his um, body parts were larger than expected.

Which brings to mind:

“Wands are only as powerful as the wizards who use them. Some wizards just like to boast that theirs are bigger.” — (J.K. Rowling, Harry Potter and the Deathly Hallows)

9 a.m. I’m shaken awake by my tween daughters so I can take them to summer camp.

They’re too embarrassed to hug me goodbye at drop-off, as usual.

But this time, an unexpected torrent of tears gush from my eyes, and I can’t seem to stop myself from yelling after them:

“”Have you ever been in love? Horrible isn’t it? It makes you so vulnerable.

“It opens your chest, and it opens up your heart, and it means that someone can get inside you and mess you up!”  —  (Neil Gaiman, The Kindly Ones).

I think an insane cackle issues forth from my lips. I can’t be certain, as my hearing briefly goes out.

10 a.m. I’m returning from being forsaken by my progeny:

Just in time to catch my gorgeous neighbor jogging; her slender frame causing no wind resistance as she pelts past.

Suddenly, my body breaks out into hot flashes, itchy skin, electric shocks, burning tongue, incontinence, changes in odor and a malevolent compulsion to run her down with my car.

“You should know I disagree with a lot of traditional advice. For instance, they say the best revenge is living well. I say it’s acid in the face—who will love them now?” — (Mindy Kaling, Is Everyone Hanging Out Without Me?)

My heart defibrillating and a tsunami of sweat rising up from the base of my third chakra, I attempt to write an upbeat post about aging with grace.

But each time my finger touches a key I hear throbbing in my head:

High noon … or, perhaps, the dawn of the Apocalypse?

I glimpse myself in the window of the freezer section at Ralph’s grocery store.

I’m disheveled and damp; my tongue lolling a little, as though I’m a geriatric Miley Cyrus suffering a cerebral hemorrhage.

I mutter to the popsicles:

“I know who I was when I got up this morning, but I think I must have been changed several times since then.” — (Lewis Carrol, Alice’s Adventures in Wonderland)

3 p.m., in an attempt to distract myself, I watch a Friends reruns, the one where Monica proposes to Chandler.

Doesn’t she know that women outlive men by ten years? And she’s ultimately going to be a lonely widow whose children won’t hug her?

And she’ll probably go by herself to Sunday matinees of some execrable Transformers reboot, and she won’t have anyone to share her popcorn with?

It becomes apparent, I’ve got to snap out of this. I kick my own ass.

“What’s wrong with you? … You are a happy person. You are an upbeat sort of person. Men smile at you on the subway, women ask you what shampoo you use.

Cheer up for Christ’s sake, relax, you’re fine, be happy, Girl. When I talk to myself I call myself Girl.” — (Jennifer Belle, Going Down) 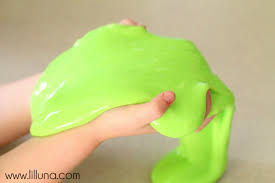 This briefly buoys me from my antidepressant withdrawal. I announce to the stove:

“I am no bird; and no net ensnares me: I am a free human being with an independent will!” — (Charlotte Bronte, Jane Eyre)

“I know what you want. It is very stupid of you, but you shall have your way, and it will bring you to sorrow, my pretty princess.” — (The sea witch, The Little Mermaid)

10 p.m. After patrolman Barlow drops me off at home:

I decide I must go straight to bed and sleep this withdrawal off! Also, I begin to think of myself in the third person when I hear myself say:

“She generally gave herself very good advice, though she very seldom followed it, and sometimes she scolded herself so severely as to bring tears into her eyes.” — (Lewis Carrol, Alice’s Adventures in Wonderland)

I’m watching my sixth episode in a row of the second season of Orange is the New Black when Henry staggers out of the bedroom.

He takes one look into my eyes and announces he’s going to the 24-hour pharmacy to get my meds.

As I watch him go, selflessly, into the night, I think:

“If people were rain, I (am) drizzle and (he is) hurricane.” — (John Green, Looking for Alaska)

I lie face down on my bed, wondering where the hell that bastard husband of mine is, and whether I can die from not taking 75 grams of Elavil.

Also, how long my death will take?

“What is an ‘instant’ death anyway? How long is an instant? Is it one second? Ten? The pain of those seconds must have been awful as her heart burst and her lungs collapsed and there was no air and no blood to her brain and only raw panic.

What the hell is instant? Nothing is instant. Instant rice takes five minutes, instant pudding an hour. I doubt that an instant of blinding pain feels particularly instantaneous.” — (John Green, Looking for Alaska)

Henry, my knight in shining armor, appears from Walgreens bearing a small bottle of Elavil in the palm of his hand.

I rush into his arms. As we embrace, I think:

“There are some things you can’t share without ending up liking each other, and knocking out a twelve-foot mountain troll is one of them.” — (J.K. Rowling, Harry Potter and the Philosopher’s Stone)

“We were somewhere around Barstow, on the edge of the desert, when the drugs began to take hold.” — (Hunter S. Thompson, Fear and Loathing in Las Vegas)

The moral of this story?

One must not go cold-turkey off one’s meds, else one may go out:

7 thoughts on “My Antidepressant Withdrawal in “Literary Quotes””