7 Surprising Things My Mom Did! 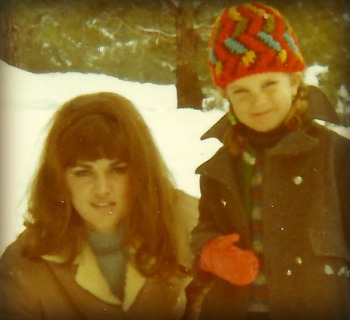 I was raised in the 70s; era of the skyrocketing divorce rate (key parties?) and the afternoon martini cart (reference any Bewitched episodes; Samantha and both Darrens kept the Grey Goose flowing).

Whether it was the 70s, or a young marriage, or just in my mom’s generational lineage, there were various upheavals throughout my childhood.

Due to the Negativity Bias — a psychological phenomenon by which humans have a greater recall of unpleasant memories compared with positive memories — I’ve kept a running tab of all the ways Mom “failed me” during those early years.

They’ve taken on a mythic veracity, starring myself, the girl who suffered ignominies that could have destroyed her, but like the Phoenix, ever-rises from the ashes.

Which was all going quite nicely for me, until a recent strange phenomenon that’s been cropping up.

My two daughters, who are 10 and 11, are showing signs of remembering, cherishing and polishing to a fine luster, all the ways in which I’m failing them.

(“You forgot the Spring Sing! I had no one to sing to! Even the moms with real jobs were there!”)

They do not seem to keep, front of mind, all the ways I’m succeeding in being a good mom.

(Do you girls know how long it took me to recreate Honeydukes Candy Shoppe in our breakfast nook?)

I’m just beginning to get a taste of my own medicine. Which is ill-deserved, an abomination, a miscarriage of justice, a … humbling moment.

This Mother’s Day I’m revisiting my stance on my mom and realizing it is ungenerous, to say the least.

And maybe even assholic.

In the wake of my stepfather’s recent passing, my mom sank into a kind of grief that made her emotionally volatile for a little while and that scared me.

It thrust me back to the instability of my childhood, and I was incapable of seeing the present situation for what it was; the bereavement of a woman losing her husband of thirty-six years whom she’d nursed for six exhausting, devastating years after his stroke.

I felt threatened and angry by my mom’s intense emotions. I couldn’t feel how this moment was different from moments in the past.

I was very hard on her, which could have caused her to explode, implode or completely pull away.

Instead, she did seven unprecedented things, which utterly surprised me.

1. When I asked my 70-year old mom to go to therapy for the first time, she made an appointment.

2. When I asked if I could come to an appointment with her and her therapist, she said yes, and paid for it.

3. While we waited, mute and tense in the lobby, to see the therapist and a handsome man walked in and sat down opposite us, she still had enough goodwill to wiggle her eyebrows at me as if to say, “Now, there’s a hottie.”

4. When the handsome man’s right eye began to twitch, and he started to drool copious amounts of fluid until a small puddle formed next to his lap on the leather sofa, she reached for my hand and shot me a clandestine eye-bulge to indicate we should make a run for it if he was packing a machete or scythe of some kind.

5. When we survived to meet with the therapist, she asked my mom to set aside all of her guilt from the past and just listen to me, my mom did it.

6. As time went by and our relationship improved, I worried my mom would stop going to therapy. She hasn’t.

7. Her grief is still a living thing inside of her, but the emotional volatility has gone. She’s more sober, more grounded and more loving than she has ever been, and it’s because she has walked through the fire of a loss so deep it could have destroyed her —

— but she is like the Phoenix, ever-rising from the ashes.

My dear mom, when I look at my hands, I see your strength in them. When I speak, your voice comes out of my mouth. You are the only person I couldn’t run far enough away from, or get close enough to. You are and always will be my first love and on this Mother’s Day, you are my hero. I love you, Mom.

24 thoughts on “7 Surprising Things My Mom Did!”