What Constitutes Drinking Too Much? 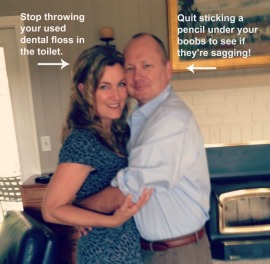 Henry eats bread. Every day. Sometimes at 2 in the morning. And lately it’s white.

I judge his bread.

When I hear the paper rustle on the rustic loaf, I purse my lips tight to not ask how many slices he’s already had today.

And doesn’t he know diabetes runs in his family?

And each slice is spiking his glycemic blood-something-or-other levels?

When I uncork my wine around 5 p.m. I sense Henry listening.

I feel compelled to tell him that, while I begin drinking wine early, I also stop early. And besides, it’s a known fact that wine dissolves cholesterol, which is why the French don’t die from heart attacks.

So far, there’ve been no serious repercussions regarding my wine consumption.

Except for the time Bridget’s teacher asked if I could bring wine and cheese to an extra-curricular cocktail party, and Bridget, aged 8, gamely replied, “Of course she can, she’s an alcoholic!”

I was just checking myself in to Betty Ford, when Bridget revealed that she thought alcoholics were people who drank wine.

In any amount. Even if it was “only at weddings,” like Aunt Penny.”

Last night, around 7 p.m. I walked into the kitchen bearing my empty wine glass and unexpectedly ran into Henry reaching into a cupboard in the pantry.

Henry fumbled the bag of baguette clutched in his bread-ghoul hands and shrieked, “This is my first slice of the day, and it’s multi-grain!”

Living with people, man. It’s 1% percent love and affection and 99% just trying to hide all the weird, compulsive, embarrassing shit you do.

16 thoughts on “What Constitutes Drinking Too Much?”