Little Girl Movie Star Parties Freaked Me Out, Not Anymore

I’ve been Professor McGonegle. I’ve been Medusa. And now I’ve been Makeup-Artist-to-the-Stars, Gilda.

I blame my myriad incarnations on my daughter Bridget, because she loves Theme Birthdays every. Single. Year.

When she was seven, Henry and I mounted a massive Harry Potter birthday party, replete with sorting hats, care of magical creatures and potions classes all while kids noshed on Honeydukes sweets and Butter beers.

Not one photograph was taken at this event, because we were too busy running our asses off, so there’s no way to really extort my kid later. Hmm.

When Bridget turned eight, she asked for a Greek Gods party, wherein she was Athena and all of her friends were various lesser Gods. (Think Hestia and Iris — who remembers them?)

This year, when I asked what she wanted for her 9th birthday, she said she liked the idea of Movie Star parties.

Or worse yet, the fear that they may aspire to one day become a Kardashian, which trip-wired a memory from several years ago, when the Bitchy-Mommy Rumor Mill spat out judgements against a mom, who threw her four-year old a Come-as-a-Celebrity party.

Where children were to garb themselves in sequins and tuxedos. Drive up to a red carpet and walk the gauntlet of the paparazzi.

Then have their hair, nails and makeup done, after which there’d be a fancy four-course meal and a dance.

Minus the four courses and the dance, I threw Bridget the exact same birthday party last weekend.

Then I ferried them into my Enshantment makeup room (i.e la toilette) where I curled everyone’s hair and gave them all “smokey eyes,” while Henry — known only to the starlets as Minion — served the girls Coca Cola in champagne glasses. 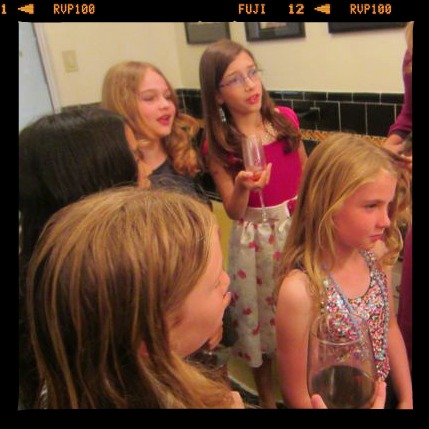 I was judging us, until I saw how happy the girls were to receive such elaborate attention.

How excited they were to see their little faces transformed by movie star makeup, replete with beauty marks.

How they laughed and joked as they walked the red carpet with paparazzi cries of:

What seemed like an error in judgement, quickly morphed into the best party ever.

Even our favorite neighbor got in on the act. 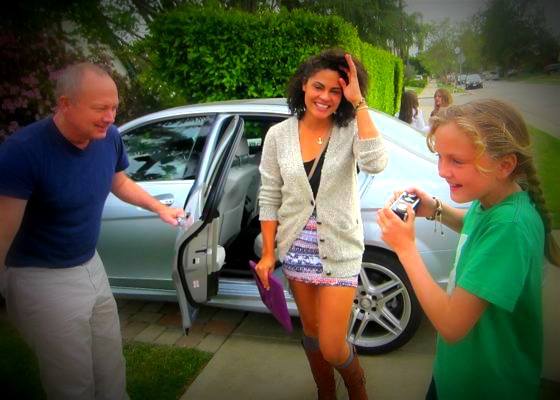 I try not to impose my beauty mishegoss onto my children.

Case in point, when I asked me eldest, Clare, if she’d like her hair and makeup done, her expression indicated that was like asking a fish to walk on land, so I quickly dropped it and assigned her paparazzi duty.

But I realized it’s okay to let Bridget and her friends pretend to be movie stars.

That doesn’t mean they’ll give up their other interests and become Paris Hilton some day. I realized every once in a while it’s fun to find that rare, rainbow unicorn, Glamour, and embrace her. 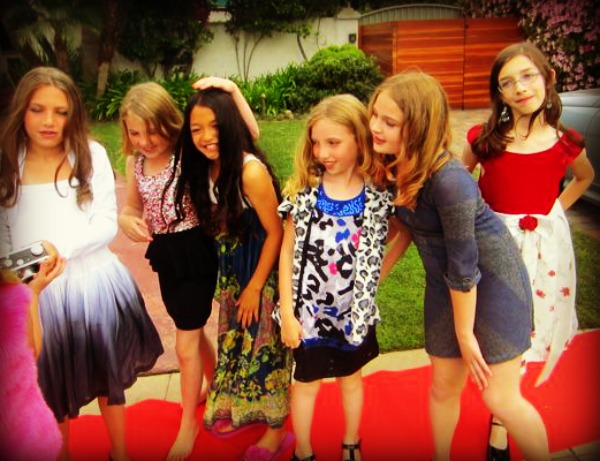 These seemingly frivolous moments of happiness leave their indelible marks and bedazzle the memories of childhood.

I’d love to hear about things you’ve done for your children that might be next year’s birthday party. And if I could be a Super Hero that would be icing on the proverbial cake.  xo S 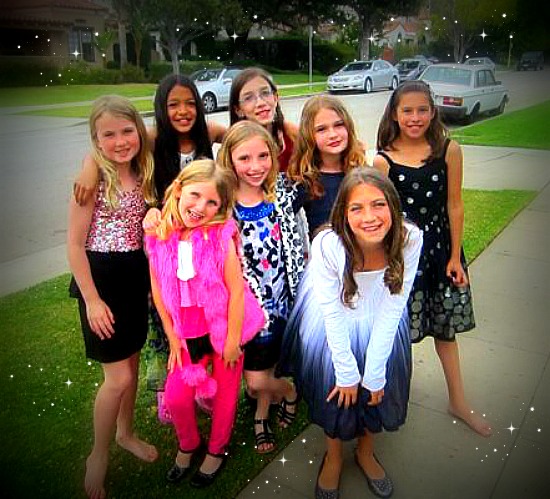 10 thoughts on “Little Girl Movie Star Parties Freaked Me Out, Not Anymore”