We Leave For An African Safari on Wednesday!

On Wednesday, should all the stars align, my family and I will be boarding a plane DESTINATION AFRICA!

I don’t really believe it. It seems impossible that after 24 hours of travel we’ll be standing in the Southern hemisphere on a foreign continent where we’ll actively pursue African elephants and lions on safari.

I’ve never wanted to go on an African safari, because I have a nervous bladder when there are creatures nearby who want to eat or gore me.

This cheetah wanted to eat me, but I outran her. Because I have athletic prowess. Like Jackass, don’t try this at home. 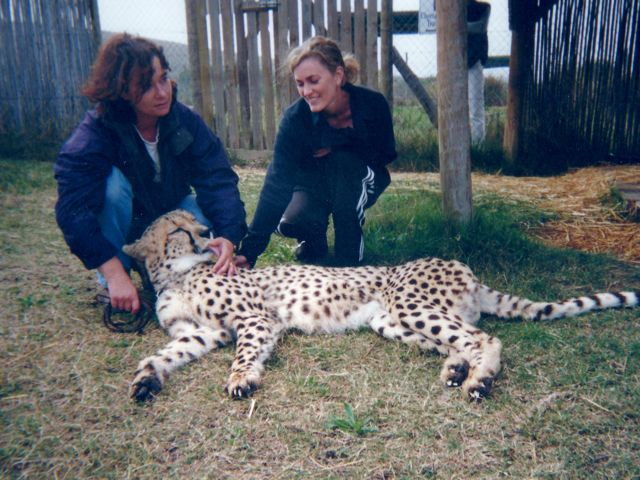 On my first trip with Henry, we went to the swamps in the bayous of Louisiana.

I spent the entire swamp tour terrified a crocodile was going to devour me and peeing almost continuously.

I should’ve been hooked up to a catheter. Our tour guide had to keep pulling over and leaving me onshore so I could squat and pee behind deserted corrugated shacks, where the cast of Deliverance probably lived, waiting to make me “Squeal like a piggy.”

Also, there were thousands of prehistoric-looking, many-legged bugs that were as big as my hand humping each other on the ground as far as the eye could see. But I digress.

Africa. Why am I going somewhere to actively run toward wildlife rather than running away? These folks are why: 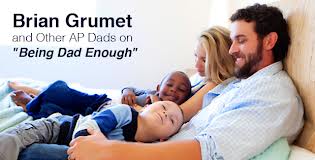 I know. They’re annoyingly gorgeous. I forgive them. Mostly.

That’s my friend Jamie Lynne Grumet and her family.

Jamie is known to many as the breastfeeding Time cover mom.

She is known to me as Lucille Ball, because she’s always getting me into shenanigans. (Which I suppose means I’m Ethel. But, Hot Ethel. Jamie, that’s what you’re going to call me for the next few weeks. Hot Ethel!)

Jamie has more energy than her two little boys. She is philanthropically all over Africa, working on clean water projects, maternal health care and the orphan crisis. Yes, she’s beautiful and daring; another trait I must forgive her for.

Jamie has gotten me to step outside of my comfort zone, and Henry is thrilled to be going on safari. Apparently, this is something he’s always wanted to do.

(I should mention, he won’t be the one constantly squatting in bushes peeing while lions congregate to discuss how to divvy up my limbs; my breast meat being the most succulent.)

So for the next two weeks, I’m going to be blogging about packing for Africa, entertaining kids on a 24-hour travel day to Africa and what it’s really like to be on safari when you are neurotic. Wish me luck!

23 thoughts on “We Leave For An African Safari on Wednesday!”