Why TV is Good For Kids

I Love Lucy saved my life when I was a kid. 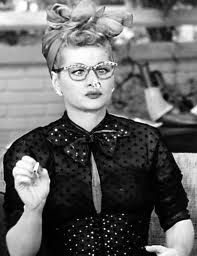 My parents divorced when I was two. Today I wouldn’t have it any other way.

I became fluent in diverse social situations; from drinking Roy Rogers in smoky jazz bars in the Tenderloin district of San Francisco at 1 a.m. to singing “I Saw A Mighty Angel Fly” in the third pew of the Mormon Upland 2nd Ward at 9 a.m. Also my parents ended up becoming friends.

But when I was a kid divorce sucked.

The constant tramping back and forth between homes made me feel like a spacecraft attempting to re-enter earth’s atmosphere at the exact right trajectory so I wouldn’t be incinerated.

There were different rules to follow in each home, different personalities to navigate and I struggled with divided loyalties when my parents didn’t see eye-to-eye.

I was also a nervous kid. Half of it was the the divorce, the other half was genetics. To coin a Lady Gaga phrase, I was just Born This Way.

My bowels gave me away. Just before I had to transition to either my mom or my dads’ house, a molten lava storm would erupt from my innards and lay waste to my butt and the surrounding environment.

It was lovely. Rhapsodic in fact. The great composers wrote arias about it, “Love in the Time Of Shit Storms.”

I’d also get fevers. I didn’t have the flu, just what felt like the flu — nausea, headache, hot, hot, hot.

There was a lot of inopportune barfing. Several flight attendants betwixt Ontario, California and San Francisco were splattered by spew and not amused.

I will cease playing my little violin now.

Neither my mom’s nor my father’s childhoods were spectacular, so the apple doth not fall far from the tree. And now I am healed. I’ve assuaged the proverbial Inner Child with John Bradshaw, therapy and and even God whose-name-I-do-not-know.

But the true platform for healing, my hero, my champion, my attending angel, was Lucy Ricardo.

There she was every night at 7 p.m. with the same old reliable people, Ricky, Fred and Ethel. Even though the show had been off the air 13 years when I started watching, it felt current to me.

More important, I Love Lucy became the connective tissue between my mom’s and dad’s homes each week. When my two families didn’t adore each other, they still adored Lucy.

We could laugh together, share a similar I Love Lucy language, “You got some ‘splainin’ to do!” “What’s the matter with you? Are you crazy or somethin’?” And there was no controversy surrounding Lucy. Just pure, simple fun.

A couple of weeks ago I was driving my daughters Clare and Bridget and three of their 7-9 year old friends an hour up the coast to Sky High Trampoline in Camarillo and there were DJ requests coming at me like mortars, “Mom, can you play Lady Gaga only not the song where she’s inappropriate?” (Is there one?).

“Shannon, can you play David Archuleta, Taylor Swift, the girl from Victorious, that one where the guy starts to talk really fast in the middle of the song and he says the ‘D’ word?”

I tried not to crash while accommodating requests then finally yelled. “No more music. If you want to hear music then sing something.”

“There’s 104 days of summer vacation, And school comes along just to end it. So the annual problem for our generation, Is finding a good way to spend it.

Like maybe … Building a rocket Or fighting a mummy Or climbing up the Eiffel Tower. Discovering something that doesn’t exist (Hey! ), Or giving a monkey a shower.

(Mom! Phineas and Ferb are making a title sequence! )”

And not just because it was a relief to know other parents let their kids watch enough Phineas and Ferb to memorize the theme song, but also because the shows my kids watch today will be touchstones for them and their friends years from now.

And there may be some kids out there who feel lonely, between worlds, misunderstood who will watch Phineas and Ferb and feel connected to something consistent and safe. Something that makes them feel home. Lucy, wherever you are … I love you! 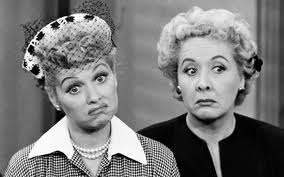 Do you think TV is good for kids? What’s their favorite show that you can actually stand watching with them?

5 thoughts on “Why TV is Good For Kids”