Requiem For a Heavyweight

At 9 a.m. my stepfather Guido (yes, Guido, will all the ardor for life that implies) passed away due to the repercussions of a stroke he had six-and-a half years ago.

He was my mom’s fourth husband and she was his fourth wife. I never thought they’d last. They lasted 35 years.

Here were my stories about Guido: He was an arrogant so-and-so. He had a massive ego. He was childish. He threw tantrums. He stole my mom from me.

For all these years after the stroke my mother cared for Guido at home, which was an impossible, heartbreaking task.

He was paralyzed on his right side and unable to speak. She had to do all the things for Guido that I was doing for my infant daughters only he would never become independent again.

I resented how he lingered on. I wanted my mom to have more time with her grandchildren than she’d had with me when I was young. It seemed, by indelicately having this stroke, Guido was managing to steal my mom away from me once more.

When it became clear Guido was really dying my mom asked me to come.

I stayed over the last two weeks with her as Guido hovered between two worlds. This was for her, I thought, not for him.

A week before Guido’s death on a Friday night he suddenly began shaking and was struggling to breathe. He had a Do Not Resuscitate order so there would be no more harrowing trips to the emergency room.

My mom just broke down with exhaustion. So, I sat on the bed with Guido and took his good hand in mine. He stilled, his breathing softened and his intelligent green eyes locked on mine. He was seeing me deeply and was fully present.

I was instantly taken back to a night when I was 13-years old and visiting Guido and my mom for the summer.

I’d gotten this hypochondriacal notion that I had cancer. Maybe I saw it on an after-school special or had a particularly large pimple somewhere, who knows, but I was worried. Worried enough to give myself cancer.

I went in search of my mom and found Guido reading in bed.

I tried to leave, but he must’ve seen my stricken expression so he stopped me and asked me what was wrong. I told him I was pretty sure I had cancer. He took a moment, then beckoned me to sit next to him on the bed. I did. His intelligent green eyes locked on mine.

He was seeing me deeply and was fully present.

“Your color is excellent, your eyes are clear. You don’t have it.”

It was a benediction. There was no doubt in his voice. It was a foregone conclusion. Yet somehow I felt as if he’d saved me.

Here are the stories I don’t tell about my stepdad:

He fought in the Pacific during World War II. He flew his own private plane. He played a mean trumpet all over San Francisco in the early 80s.

He treated laborers like they were his brothers. He could build a house from the ground up. He ran two of the biggest shipping companies on the globe.

He helped put me through college.

He was larger than life, Anthony Quinn in The Greek Tycoon. He gave my mother a global, sometimes glamorous, frequently imperfect, beautiful life.

That night as I had the privilege to sit with my stepdad and hold his hand, I was seeing him deeply and was fully present.

All of my old stories fell away and the only thing left was love.

My dearest Guido, I was not a perfect stepdaughter. I was impatient and rebellious, but I loved you. You encouraged me to rely on my intellect, to be curious about everything.

You made me an Honorary Italian and you unabashedly and publicly expressed your love and affection for my mother and for me time and again, despite my deep embarrassment.

I’m so grateful I could say good-bye to you properly. Thank you for so many of the wonderful things I have in my life and thank you for loving my mom. 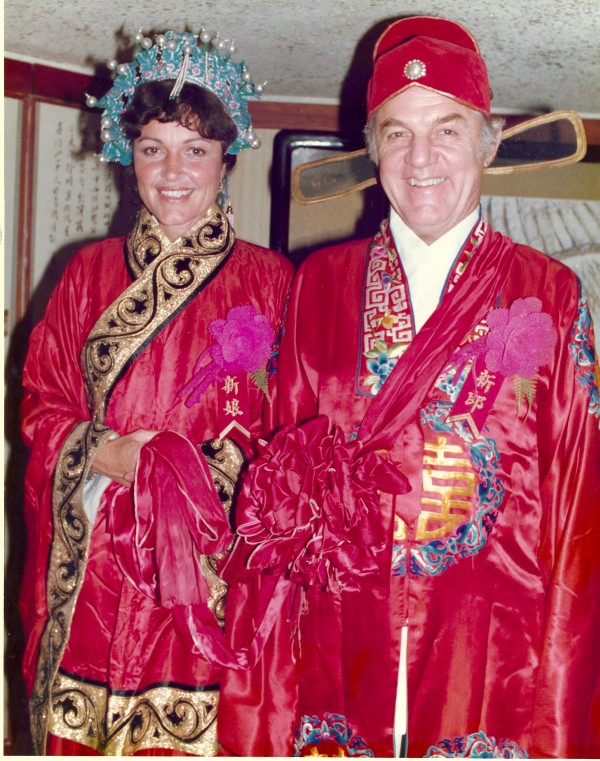 28 thoughts on “Requiem For a Heavyweight”