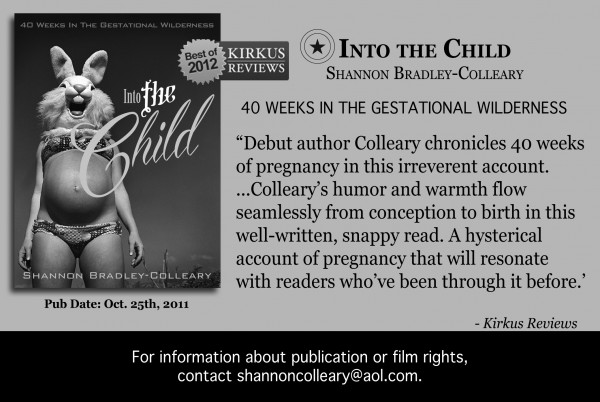 This Ain’t My First Rodeo.

As per nothing, I think I might be pregnant. I’ve been pregnant before so I’m praying (despite my agnosticism) that my body will remember how to do it again. But I’m old. Not as old as, say, Methuselah. But close. Very close. Still, I’m hopeful.

I watch my husband Henry prepare to leave for Ralph’s to buy a pint of vanilla ice cream. He’s lost some weight and needs to put it back on. He’s almost out the door when I cry out, “Can you get me an Early Pregnancy Test?”

It’s the cry of a junkie looking for one last fix.

We had sex two weeks before, my period’s not due for two days and this will be my third pregnancy kit. I wonder if pregnancy kits are a gateway drug to stealing a couple of Octomom’s babies?

Henry hesitates in the doorway. A daring move. For in that hesitation, he’s suggesting that my request is a little unreasonable, a sign of mounting hysteria in my desire to have a second child.

The hesitation is fleeting, almost indecipherable, yet when his face reappears from behind the door it’s steeped in the guilt of a man who knows his mind has been read and found wanting.

Like Doctor Doofnshmirtz from Evil Incorporated to Perry the Platypus, “You know what I want.”

With a brisk nod Henry is gone.

The conception of our first child, a daughter, was planned but passionate.

We’d made our way out into the desert on a ripe-with-rain September eve. Found our way to Two Bunch Palms, a spa hidden in the cactus and sage, pulsing with hot natural mineral springs.

It wasn’t in the springs that we conceived our child. In fact, I realized while floating beneath a blanket of stars in the sulphuric pool, that my husband’s sperm were being systematically fried. That each and every last one of them were dying off in the hundred-plus degree heat. I wrenched his unsuspecting form from a Watsu float and briskly toweled him dry, rushing him to our hotel room where I thrust him into a cold shower, reviving his little swimmers.

It was there, under the public water sans minerals pumped in from Palm Desert that our child came to fruition.

Despite the goal to procreate, we lost ourselves, briefly, to the novelty of making love standing up. This time was just as calculated, less romantic. The exhaustion of chasing a thirteen-month old who was just learning to walk, hence just learning to fall, had worn us both thin.

We were on vacation in the only part of Cape Cod that isn’t beautiful in a little house whose living room sat atop the kitchen of our neighbors.

It was there, in that living room, on the mildewed couch, in full view of a hand of Canasta played by the septuagenarian couple next door, that we tried to get pregnant again two weeks earlier.

“Here’s your kit,” Henry says, having the effrontery to toss it from the door. I one-hand it out of thin air.

Heading toward the bedroom, where I plan to hide the kit from myself for a few days, I’m inexplicably assaulted by a wave of hormonal longing from which I emerge seated on the toilet peeing on the white ovulation stick.

Again, I note my total lack of impulse control.

Placing the stick on the counter I return to the box on the floor by the toilet, realizing, with chagrin, that Henry didn’t buy the kind of kit with the free bonus stick. There’s no way he’s going to let me spend another twenty-one ninety-five on a fourth kit.

Then something strange happens.

I become convinced that all I’m going to need is this one white ovulation stick, that much like young Charlie in Willie Wonka and the Chocolate Factory who could afford to buy only one Wonka bar.

I’m going to peel back the wrapper and find the golden ticket that will grant me entry to a strange new world full of danger and magic. And probably chocolate.

When I return to the bathroom the requisite three minutes later and look at my stick all I see is a field of white.

Momentarily, I’m surprised my instincts were wrong. Then I realize the ovulation stick is lying upside down. I turn it over. There they are. Two purple lines. Being luckier than I have any right to be, I am pregnant. Again.

I hope you’ll follow me into my first month of pregnancy and beyond.