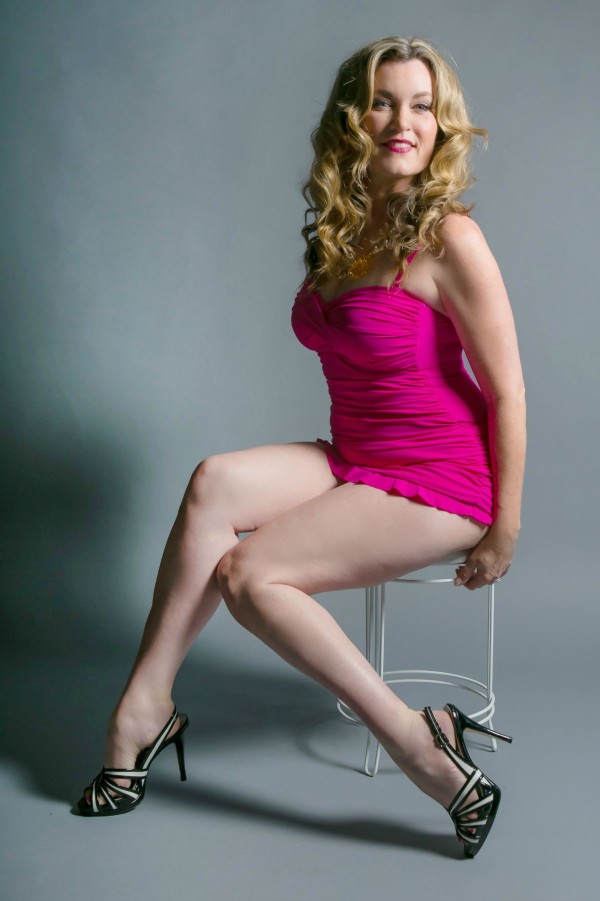 I think our house sitter took our copy of 101 Nights of Great Sex.

I can’t find it anywhere!!

(Heather, did you? You don’t need it with your 26-year-old perkiness and gorgeosity – I know that’s not a word, but it does apply to you.)

So, I’ve ordered a new book (this is not a sponsored post), but in the meantime I had to do Night Three by memory.

The first thing I noticed was the draft up my bum and my breasts feeling a bit chafed.

In fact, my breasts were really quite put out.

I’d already extorted six months of breast-feeding out of them back in 2005, so they stood there, tapping their stilettos, demanding to know why in God’s name they had to go commando under a cooking apron that read, “In Dog Beers, I’ve Only Had One.”

I tried to explain that Night Three required that I cook in the nude for my man and they (my breasts) should just be grateful I’d decided to wear an apron – to protect my unwaxed lady bits from going up in flames when taking the Chicken Kiev out of our antique oven – that did provide a modicum of support.

Then my breasts made the nit-picking point that this wasn’t actually “Night” Three because it was actually noon.

They had a point.

The thing is, Henry and I have come to the conclusion that Great Sex is not going to happen when our kids are in the house.

Especially since our eldest purchased a Harry Potter Extendable Ear on her trip to the amusement park last spring.

Naked, that is, save for the apron and a 4-inch pair of red heels.

If you cook in 4-inch red heels make sure you don’t trip over your porcine cat Marilyn Monroe (who manages to find the most trafficked avenues in your home to lie down and lick herself in questionable places), because you might fall against the stove and sear your elbow.

My chicken was browning nicely, my baby potatoes were crispy on the outside and mashable on the inside, my asparagus spears glistened with olive oil in all their phallic glory, when Henry appeared, poking his head into the kitchen.

For a split second, he looked a bit disoriented, like a man walking into a bordello when he expected Smart and Final.

He blinked for a beat, taking in the apron, heels and naked limbs; then realization dawned.

“So that’s how it’s going to be,” he said, and immediately stripped, right there next to the sub-zero.

I somehow thought this third task would be a bit more prolonged.

With me finishing off the cooking, plating the delicacies, serving him at the Martha Stewart-curated table, then feeding him lunch bite by bite.

Who knows, perhaps I would have even finished cleaning the kitchen wearing nothing but the heels now, bending over, scrubbing and such.

Well. None of that happened.

When the last article of Henry’s clothing hit the floor, I was pulled by the wrist (he can no longer carry me) to the bedroom where we hit the bed.

Pros: Henry was surprised and pleased by my naked lunch and things got heated.

Cons: As a woman I could have used just a little more psychological foreplay.

Also, I forgot that I was toasting sourdough bread in our toaster oven and the kitchen almost burned down.

Marilyn suffered a bit from smoke inhalation, which she’ll never let me forget. But other than that I’d give the Naked Lunch an 8 out of 10.

So on to Night #4. This time it’s Henry’s turn and I plan to make him work for it!

Here are nights #2 and #1. And don’t forget to sign up for my relationship newsletter (just 2Xmonth). If you enjoyed this article (against your will, of course) you will love Shannon’s book, “Married Sex: Fact & Fiction.” You can order it HERE.