5 Reasons to Stop Seeing the Asshat as a Human Being

Webster’s Dictionary: Objectification — to treat (someone) as an object rather than as a person.

But when it comes to your Asshat (Addict, Commitment-Phobe et. al) you must learn to objectify him (her, if you’re a man).

When he lies to, cheats on, disrespects, humiliates and manipulates you, you need to take those behaviors and put them inside a human-shaped object we can call the Asshat. 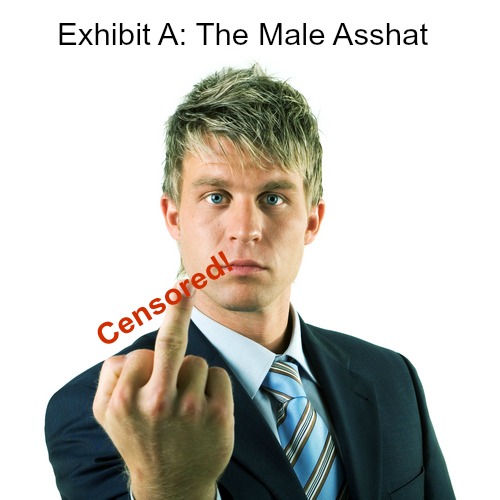 If you’re a man it can look like this: 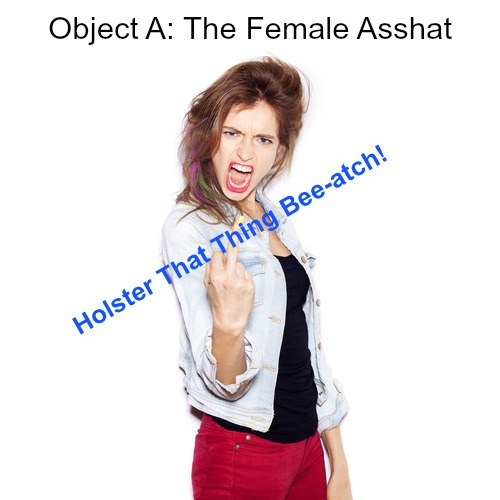 1. If you see your Asshat as a human being you will feel empathy for him.

When you threaten to leave Asshats will apologize for their mind-f%#king behavior to keep a good thing going.

They’re experts at formulating human-like tears on cue, which can trick you into feeling bad for them.

Your empathy, compassion and generosity are wasted on Asshats; they don’t have the same feelings for you, but they will take advantage of these wonderful character traits of yours to keep you hooked.

2. If you see an Asshat as a human being you’ll begin to miss the specific things you love about him, instead of focusing on the overall shitty way he makes you feel.

When I was dating Mr. Cruelly Handsome (my last Asshat) and he did something harmful to our relationship, I’d try to walk away.

But then I’d start dwelling on all of the things that made him seem human and specifically himself.

And suddenly, he was too specific to relegate to the inanimate “Asshat” tchotchke and I was back on the emotional roller coaster that was our relationship.

There might be a universe where an Asshat can change, but we must think of it as the Land Beyond Time that we can’t possibly get to without being eviscerated upon entry into it’s atmosphere.

Even if we were flying in the Millennium Falcon, piloted by Hans Solo (who might have also been an Asshat in the 70s).

Remember, it’s impossible to change another person, whether they’re an Asshat OR a human.

4. If you see the Asshat as human, you’ll project upon him all of the feelings you’re feeling, because you he has feelings too. Which he doesn’t. At least, not the ones you want him to have.

And I quote D.H. Lawrence, who was decidedly not an Asshat, but somehow prescient:

5. If you think of the Asshat as human after a break-up,  you might begin to backslide and start thinking about all of the ways your Asshat is specifically Tom or Edith or Raoul.

Remember that your specificity, your who-ness far outweighs the Asshat’s in your life and in your personal growth and in your future happiness.

Turn all empathy, compassion and forgiveness toward yourself for having put up with an Asshat for such a very long and debilitating time.

Remember, your generosity toward the Asshat is the hook on the end of their fishing line that will ultimately delay and possibly even destroy you.

If not physically, then emotionally and spiritually.

Stop objectifying yourself. As the safe harbor for others. As the Mother Theresa of the Asshats.

Think about your own specificity. Your childhood, your challenges, your positive attributes, all the things that make you, you. Walk away from the Asshat and toward yourself.

Do you have other ideas about how to get out of an abusive relationship?