Don’t Shake Your Man Parts At Me! 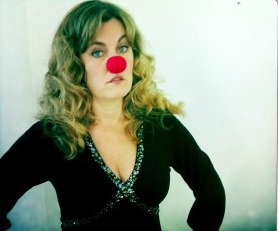 Confession: Clare, Henry, Oscar the Handyman and I are sick of each other.

Clare’s been home from school with the flu for a week.

What this means is she gags, barfs, watches TV with glazed, gunman eyes, mainlines Gatorade like a junkie and Henry and I tag team staying home with her.

Which means we hide from each other.

Because if we don’t see each other then we can’t negotiate who will get to leave the den of The Shining-like madness and boredom, and we can maybe sneak out and make a run for it.

On Sickness Day 5, as I typed:

“All work and no play makes Shannon a dull boy,” I began to suspect that Clare was faking this illness in order to avoid school and responsibility so she could languish about like a drunken Pasha soliciting sweetmeats from her Harem.

This evil seed of doubt and suspicion grew inside me, until I confronted her while she lay abed, smiling (with a healthy glow in her cheeks) as she watched her 50th episode of MasterChef Junior, no doubt thinking about sharpening a knife on my bared teeth.

“The least you can do,” I snarled, “Is go on the school website and see what homework you should be doing!”

She replied by vomiting in her hand.

I envy our lone healthy child, Bridget, as she trundles off to school each morning into the free world.

I liken her to Marilyn Munster, able to move amongst the humans while Clare, Henry, me and Oscar the handyman (who is taking a paleolithic eon to reface our bathroom because our house is old and sagging and impossible to plumb evenly) breathe in the bacterial air of the Living Dead.

In the last two days, Henry has taken a turn for the worse.

He seems to have regressed, evolutionarily, to his primate forbears, as I will occasionally happen upon him out of the eyesight of the kids and invariably he will drop trou and shake his penis at me.

My instinct, in those moments, is to recoil, screaming in revulsion and horror.

He has needs?! What is he thinking!? Doesn’t he know I’ve ferried sixty trays of fucking Top Ramen into our bedroom, where our child drips mucous all over our sheets?

Doesn’t he know I’ve been drinking boxed wine and thinking of ways to hire a hitman to take Amy Adams out, because she’s on the cover of my Vanity Fair looking sexy and glamorous, fresh off working with Bradley Cooper and David O’Russell in what should have been my life?!

And I bet her daughter Aviana never gets sick, even if her name reminds me of the Avian flu.

Back to Henry flailing his man parts at me.

Doesn’t he know I’ve seen that penis before? Many times.

Let’s see … (calculationg … started dating in 1998 … three times a week … we married … twice a week … we had children … once a month … child gets sick … never … times that by thirteen years married, three years dating …)

I’ve seen his manhood 588 times! Is being visually accosted by it supposed to help me pass the time?

Then, because I have nothing but time, I begin to wonder if Henry’s as inoculated against my breasts as I am against his penis?

And I have two breasts, which doubles the potential boredom factor.

Who does he think he is getting sick of my breasts?

We’ve come to this:

11 thoughts on “Don’t Shake Your Man Parts At Me!”